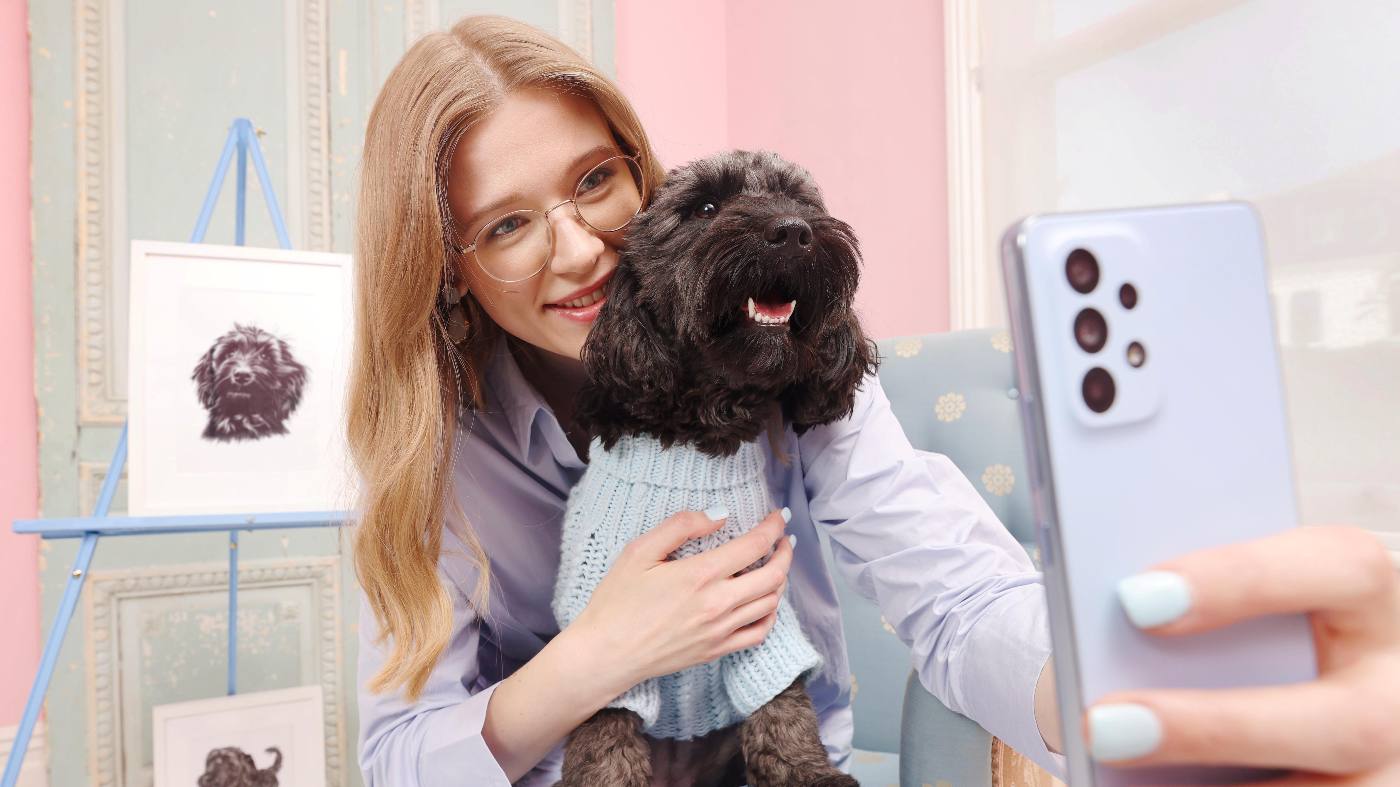 Gen Z are taking to TikTok and Instagram to learn new hobbies such as creating pet portraits, roller skating and bubble nails – a nail art technique.

A survey of 1,500 18-25 year olds found that 72% were inspired by a new interest while watching clips on popular social media.

Among those who have a hobby, 53% spend at least four hours a week watching it on their smartphone.

Hobby videos and content such as tie-dying and ghost hunting have a loyal following among young adults, as do “how-to” clips featuring meditation, photography and extreme makeup.

It also emerged that four in 10 have themselves gone behind the camera to share their hobbies on social media.

The poll was commissioned to mark the launch of the Samsung Galaxy A53 5G, of which spokeswoman Annika Bizon said: “After two years of various lockdowns where our creativity could have been stifled, it is no surprise that we have seen an increase in awesome and unconventional hobbies in this generation.

RELATED: A young singer transforms into a one-man choir performing all 20 voices in a breathtaking ode to classical music

So much so that they saw their number of subscribers increase by 21%.

Top motivators for sharing include demonstrating their new skills (26%), personal enjoyment (25%) and connecting with others (24%), while 23% do so to learn new things.

AFTER: An Athlete Has Mastered The Sport Of Extreme Pogo – Watch His Incredible Stunts

A fifth said it took them three months to perfect their hobby content, to make sure subscribers would like it.

On average, content creators spend an average of four hours a week filming and editing to make sure it’s up to date.

Due to their popularity online, 48% have even turned their social media accounts into a business venture.

Sophie Taylor, 27, from Norfolk, whose hobby is animal portraiture, just did it. She said: “When everyone started having a four-legged friend, I turned my artistic flair to drawing pets.

“Right away my friends and family asked me to illustrate their pets and it turned into an online business that I could easily run through my smartphone.”

Another Gen Zer who has managed to make a living off his interest is 22-year-old Angel My Linh, a nail artist from south-east London. She said: “My content has really taken off thanks to the growing community of followers and I was recently asked to design nails for major artists Tems and Megan Thee Stallion which is amazing.”

Of those surveyed, four in 10 called their interests “great”, while 32% think they’re “underrated”.

Nearly a fifth of respondents, via OnePoll, think their interest makes them feel “liberated” and 37% said it makes them “proud”.

“For me, rollerblading has always been a passion, so I’ve taken to social platforms like TikTok to share my moves, tips and tricks, including dance routines,” said DeVante Walters, 27, from London. . “Above all, it’s so important to connect with others, inspiring them to join us, discover their inner talents and have fun with them.”