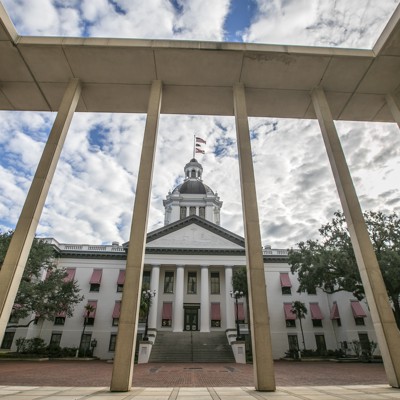 What They Do For Fun: The Hobbies of Florida Lawmakers

This article was first published by partner publication Route Fifty City and State of Florida.

Profiles of lawmakers on the Florida House and Senate websites contain a lot of essential information: What they do for a living. What area they represent. where they were born.

But one piece of information peeks into who they really are more than anything else: what they do for fun.

The profiles include a “recreational activities” section allowing legislators to include their interests and hobbies. What a legislator includes in this section, and if they fill it out, can provide insight outside of the legislative session. While there are many typical hobbies listed (Sen. Lauren Book includes enjoying South Florida beaches, for example), others range from extreme sports to niche areas of interest.

Senator Loranne Ausley, for example, lists that she is a three-time Ironman finalist. Rep. Will Robinson has completed two Ironman races in his own right, but has also completed two Boston Marathons.

Other legislators have listed activities that few people would consider hobbies. Rep. Anna Eskamani cited feminist research as her primary leisure activity (one of her undergraduate degrees at the University of Central Florida was in women’s studies, and she wrote her thesis for her political science degree on the Iranian feminism.)

Some hobbies listed by lawmakers stem from long-standing interests they hold. Representative Carlos Guillermo Smith mentioned karaoke as one of his recreational interests. He tells City & State that stems from his love of music and show tunes. “Naturally, for me, karaoke is so much fun,” Smith says. “My favorite songs are ‘Bohemian Rhapsody’, ‘Purple Rain’ and ‘Don’t Stop Believin.’ “

In April, the rep was invited to be a guest judge at the Renaissance Theater Company’s weekly “Musical Monday” event in Orlando, which featured an open mic contest. At the event, Smith performed “I’ll Cover You” from the musical Rent. “The theater crowd knew the melody and brought harmony by singing. It was magical,” he says. Smith posted a video of the performance on his YouTube channel.

For other legislators, leisure activities center on sharing experiences they enjoyed as children with their children. Rep. Randy Fine lists the goal of visiting all 423 national park sites with his family on his profile. He said he never got to go to everyone as a child, but he enjoyed those he hung out with and wanted to share that experience with his sons.

“It was always something I wanted for my own kids, to learn what makes America the greatest country in the world,” Fine said. Every year, Fine’s father and his two sons go on a boys’ trip to eliminate certain sites from this list. Last year they went to Alaska for three and a half weeks. They returned Monday from a trip to northern Minnesota and northern Michigan to visit Voyageurs National Park and Isle Royale State Park.

So far, his family has visited 58 of the 63 comprehensive national parks and 267 of the 423 total sites. Fine said part of the appeal is visiting the affordable, internationally renowned beauty here on the state side.

“With a tank of gas and a tent, you can visit a lot of these places,” Fine says. “It doesn’t require a plane ticket to Europe or Asia. These are amazing places that people from all over the world come to visit and many Americans never take the opportunity to go. So I encourage everyone to get out there and find their park.

While most lawmakers list their favorite hobby, dozens don’t mention anything. One of them is Representative Blaise Ingoglia. But that doesn’t mean he doesn’t have a hobby. Years before stepping into the shark tank of Florida politics, the Hernando County Representative and former Florida Republican Party Chairman was a card spoof. According to CardPlayer.com, Ingoglia has been placing in poker tournaments and making money since 2005. His all-time recorded winnings are nearly $400,000.

The most he ever made in a tournament was at a World Poker Tour Championship event in September 2006, where he placed 6th and won $261,901. Over the past few years, he has participated in several tournaments at the Seminole Hard Rock Tampa, as well as online tournaments.

Finally, some of the hobbies that have been listed in the past have been, well, goofy. One of the most iconic was the late Senator Larcenia Bullard’s listed hobby, “collecting butterfly-shaped objects.”

Perhaps the most offbeat is currently listed by Rep. Evan Jenne, who included “breeding wolf spiders” in his list. Jenne didn’t respond to a request for comment on whether it was a joke — but we hope it’s not.