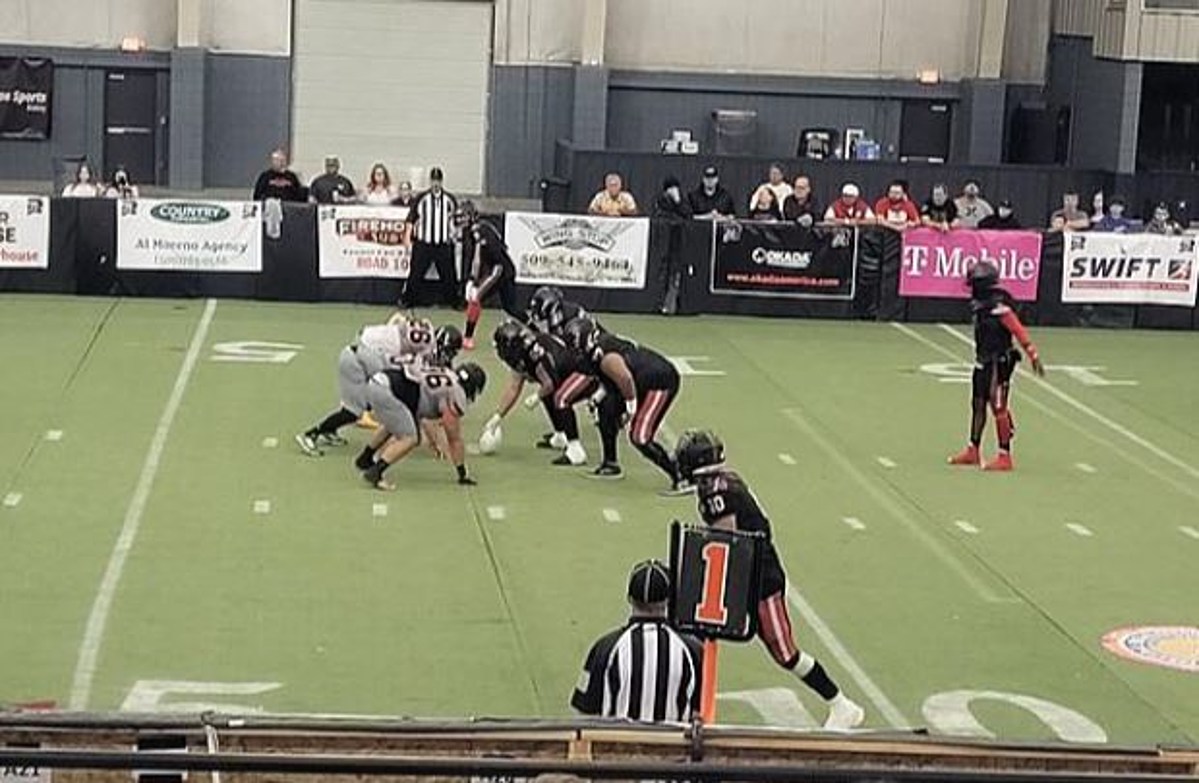 Rush is kicked out of his home at TRAC’s HAPO center.

In a post on their Facebook page from owner-head coach Brandon Tate, the Rush announced that they had lost the use of TRAC’s HAPO center as their home ground for the upcoming season.

According to the Rush, one of their partners, Clubhouse Sports Academy of Pasco, signed a two-year lease with the City of Pasco/Franklin County to use the large arena where the games were played. This is the area to the left as you enter the HAPO center (formerly the dirt floor where monster trucks and rodeos took place).

“Clubhouse Sports, which had originally agreed to partner with the Rush for future seasons and activities, has now decided that it does not want the Rush to use the HAPO Center arena.”

Clubhouse Sports has information on their website about their future expansion to TRAC’s HAPO Center, indicating that there will soon be indoor baseball and softball fields, soccer, and increased practice space. They say on their site that they will soon be the largest indoor training site in the state of WA. However, when it comes to the ability to play indoor softball and baseball, Centralia’s NW Sports Hub is the largest. It can accommodate 4 baseball or softball fields with outdoor half-fields.

The exact partnership relationship between the two companies was not specified in Rush’s press release. A photo on the Clubhouse Sports website shows the inside of the football at HAPO-TRAC. A search of the Clubhouse website makes not show all upcoming booked events we could find, most info tabs just show “Coming soon” when you click on it.

The Rush went on to say:

“So at the moment the Rush don’t have a home. We contacted the Toyota Center but due to past history with the AWFC they will not rent us the use of the facility while we have to play in the AWFC and joining another league is just not possible for us at this time .”

They contacted the Yakima Sun Dome about the possibility of hosting their matches there. After just two years, the Rush became the most successful AWFC franchise in the young league. Last season, the AWFC had 6 teams from WA, OR and Idaho, one from Nevada and two from California.

The Rush won the championship in only its second year of existence. They averaged several hundred fans per game, despite having somewhat limited seating at HAPO-TRAC.

Sometimes pictures are the best way to honor the characters we’ve lost. When tragedy quickly reminds us that sport is far from the most important thing in life, we can always recall the moment of victory of an athlete who seemed larger than life, remaining grateful for his sacrifice on the ground and bringing joy to millions of people.

Read on to explore the full collection of 50 images compiled by Stacker featuring various iconic moments of victory in sports history. Covering the achievements of a multitude of sports, these images depict stunning personal achievements, team championships and athletic perseverance.