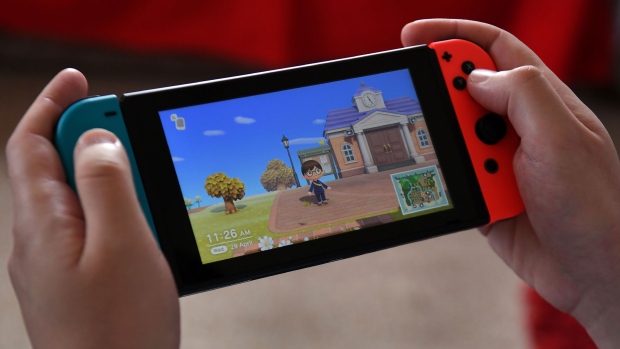 In the 1930s, it was the game of Bridge that kept people busy during the Great Depression.

In 2020, during the global pandemic, it was “Animal Crossing”.

It’s no surprise that the pandemic has led to an upsurge in recreation. Interestingly, some experts say, the surge mirrors what happened during the Great Depression.

“When we think of the changes the pandemic has brought to our lives over the past year, we tend to view it as exceptional or unprecedented, when in fact there have been previous times when Americans found themselves with an unexpected amount of free time,” Stephen Mihm, an associate professor of history at the University of Georgia, told CNN.

“The best analogy, really, is the Great Depression.”

Mihm, who researches America’s early history, said it’s likely some of the hobbies that have become popular during the pandemic could be here to stay. Here’s why.

UNEMPLOYMENT GAVE RISE TO OTHER LEISURE

Hobbies experienced unprecedented growth in public acceptance in the United States during the Great Depression, according to Steven M. Gelber, who wrote an essay for Oxford University Press titled “A Job You Can’t Lose: Work and Hobbies in the Great Depression”.

“Municipalities, schools and businesses have sponsored hobby clubs,” Gelber wrote. “The media, including newspapers, magazines and radio, regularly focused on recreation. Several national organizations emerged to promote recreation, and the United States President’s fundraising activities became a model for children and the adults.”

Among the hobbies that emerged were stamp collecting, music, woodworking and bird watching.

The growth of hobbies during the Great Depression was largely due to the staggering number of unemployed people.

Even people who were still employed often faced reduced hours, Mihm said, “so it was not just unemployment but underemployment that defined that particular decade.”

Similar to the Great Depression, many Americans were left jobless after the pandemic crippled the US economy. Last spring, the United States cut more than 22 million jobs. Many of those people have been able to return to work as the economy gradually reopens, but the country still remains down 9.5 million jobs from February last year.

Amid such disruptions to daily life, hobbies – old and new – have served as a bright spot.

“It doesn’t take much to get busy with a new hobby, and that’s also what people discovered during the Depression,” Mihm said. “They could do a lot of different things to keep themselves busy that really cost very little money.”

These types of activities helped cure boredom and improve mood.

“In this time of uncertainty and instability, and in a world and existence we no longer recognize, people need an anchor to familiarity and to what once brought them comfort, stability, security and happiness. “, Gardere said.

The Mayo Clinic has put hobbies on the list of self-care strategies to deal with the pandemic.

PANDEMIC RECREATION IS A LITTLE DIFFERENT

Thanks to the internet, new hobbies are easy to find and even easier to pursue. But the surplus might have made them more ephemeral.

Birdwatching and games, popularized in the late 1920s and early 1930s, for example, remain common pastimes to this day.

But dyeing clothes, attending PowerPoint parties and participating in TikTok challenges — among the many hobbies that have popped up over the past year — may not be things people will do in years to come.

In the 1920s and 1930s, people weren’t socially restricted like they were last year.

So during the Great Depression, people were “more likely to take up a hobby where you were likely to meet people nearby who also did it,” Mihm said.

During the pandemic, however, people have faced social isolation, especially at the start of stay-at-home orders. Excess time at home has led to a slew of indoor activities, especially virtual ones.

“The internet enhances the power of more obscure pastimes in that it allows you to connect and learn from people you might not have met in your average town of 5,000 in America in 1933,” said Mihm said.

For example, “if you were in an extremely obscure card game, you might have had trouble finding someone to play with you,” he said.

But having the internet has also given people a “much broader set of choices, which can paradoxically undermine people’s engagement” with certain hobbies, Mihm said.

He compared it to canal surfing, “where there’s always something else you can try that you’re more likely to jump on.”

SOME HOBBIES ARE – PROBABLY – HERE TO STAY

Still, some pandemic pastimes are sure to remain.

“When you do certain things, you can actually start to really enjoy them. It’s not just something to keep you busy,” Mihm said. “Then it becomes a real lasting interest. Year after year…you start learning more and getting better. There’s a payoff.”

Post-pandemic, some virtual hobbies — online classes and events, for example — may even remain mainstream.

“I’d like to believe that if you were genuinely drawn to something so prosperous and obscure… the social ties could carry you through and it (the hobby) wouldn’t be fleeting,” Mihm said. “But other things are trending…they get to a quick burn, then quickly fade.”

So maybe 40 years from now people will still be cooking that viral feta pasta recipe or bringing up Animal Crossing again. Or maybe they won’t even know what those things are.