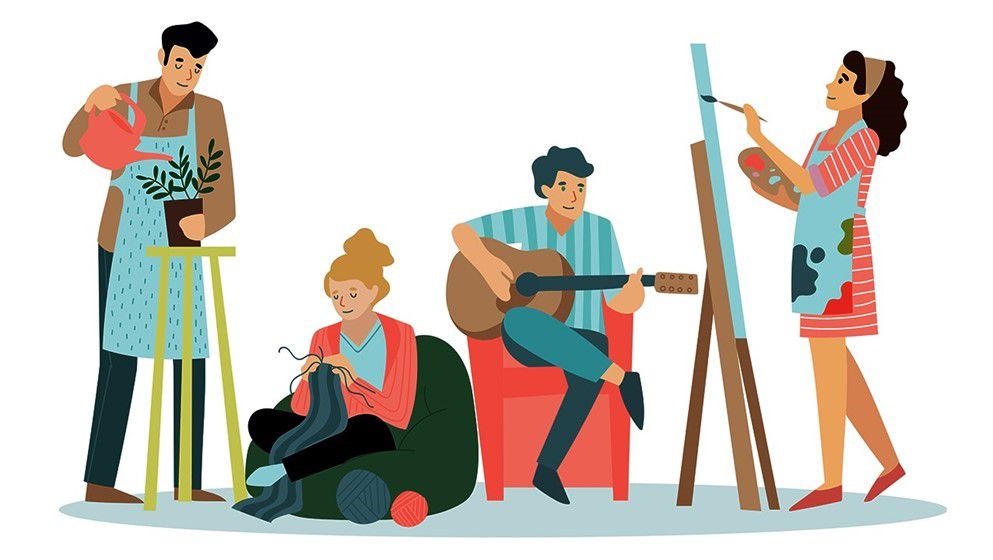 By Timothy L. WhiteNovember 9, 2022No Comments

A consensus seems to exist that at some point in every adult’s life they should give up their old “childish” hobbies and “grow up.” “You’ll regret spending all that time playing your silly little games instead of working,” is the critical attitude of someone trying to convince a friend or family member to give up a hobby. time.

Indeed, there may be certain situations where an individual needs to invest more time in serious and “adult” activities. But giving up a hobby — or never developing one in the first place — isn’t always the best decision.

It’s time to lighten up
Often there is a lack of enthusiasm around hobbies among adults, especially those with children. In an effort to devote as much time and energy as possible to caring for their children, parents can slowly lose interest in the simpler joys of life. Many children notice that they only see their parents working and doing chores, never taking time for themselves to do something they love. You know it’s time to relax a bit when your own kids are asking you to stop doing so much for them.

More interestingly, these child-centered adults are often the ones who criticize other people’s hobbies and their ability to pursue them at a later age. “Are you still doing this?” with a sneer or a laugh is a common reaction among adult fanciers.

“Judgment is usually what I get first when I tell people that I frequently play video games,” said Anna, a 31-year-old artist and gamer. Jordan News. “I work, I pay bills and I live very comfortably. Yet many people still criticize what I do in my spare time.

Anna recalled several times when her parents and their friends “made fun of me and compared me to their teenage children”. While expressing her frustration at this criticism, she stated that she would never stop performing for other people’s approval.

There’s another element of pressure Anna faces because of her hobby: She said she’s “almost bullied” because she’s a woman who gambles. “I’m ashamed over and over again for supposedly being bad at the games I play specifically because I’m a woman.”

Certain hobbies, including video games, shopping, fishing, among others, are often considered “male” hobbies. You would expect the article “45 manly hobbies” from the lifestyle site Art of Manliness and the article “10 manliest hobbies on earth” from Men’s Health magazine to include mustache grooming and bodybuilding (which doesn’t isn’t even strictly for men). But no – these lists include hobbies such as ‘chess’ and ‘reading’, in addition to more traditionally male pursuits such as car restoration and hunting. The genre of hobbies further contributes to the culture of shame encountered by adult amateurs.

‘At your age?’
Ahmad Salah, a 45-year-old Lego collector, laughed when asked about common reactions to his hobby.

“The first reaction is usually a shocked expression, followed by ‘are you serious, a man your age? laughing, or even worse: ‘You haven’t stopped playing with Legos after 40 years?’ Salah said.

“I stopped telling people about it. I’ve never had good reactions except from non-judgmental kids and maybe a few cousins,” he said. “At some point in my past, I considered quitting this hobby, even though it brought me joy.”

For Salah, a love for Legos started at a young age. “I still remember my very first Lego set. I still have it, even though it’s missing a few pieces. It was the LEGOLAND space set from 1983,” he recalls.

Luckily, not everyone in Saleh’s life ridicules him for his passion for building blocks. Appreciative, he remarked that his 21-year-old wife is “incredibly supportive” of his hobby as a LEGO collector, and that she spends time enjoying her own hobbies. This support from his partner was the main factor allowing him to continue his collection, despite the bullets fired by others around him.

Gold doesn’t always shine
Although shame is a major deterrent in the world of leisure, there is another factor that also keeps people away from the pure enjoyment of leisure. The rise and grind culture so prevalent these days comes with the quick quip: “You should enjoy it.”

Instead of shaming people for having hobbies in the first place, this negative flow degrades hobbyists to simply enjoy their hobbies without bringing any monetary profit. Some of the most common hobbies targeted by this mindset are art and writing—talents that can be financially compensated for some, but don’t have to be paid for for those who just want a pass. innocent time.

“Creative pursuits have lost their joy,” writes fiction writer Laura Winter on the Medium think tank. “Suddenly, ‘I like to write in my spare time’ turns into ‘Well, how do you make money from that? Where are you published? Why don’t you have an agent? »

These critics fail to understand that as soon as you monetize your hobby, you are less likely to enjoy it in your free time as a way to de-stress. It becomes grueling work that needs to be maintained to keep generating profits.

In the article “The complicated reality of doing what you love” on Vox, artist and writer Marian Bull comments on the transformation of hobbies into full-time jobs. “Cooking used to be the thing I did to unwind when I got home from work, the thing that interested me, the thing that distracted my brain from its standard litany of complaints,” she said.

Eventually, Bull monetized his cooking, and it changed his experience of the hobby. “Putting in the kitchen used to be a release, but now it’s part of my professional life. He needed a replacement.

Adult hobbyists simply can’t take a break, whether it’s pressure from family and friends to quit their supposedly “childish” hobbies, or criticism from random strangers saying the Unmonetized hobbies are a waste of time. But the whole point of hobbies is to enjoy free time by pursuing something you love. Life is short and enjoyable activities are part of how we live it to the fullest. Let’s give each other – and ourselves – a chance to do so.