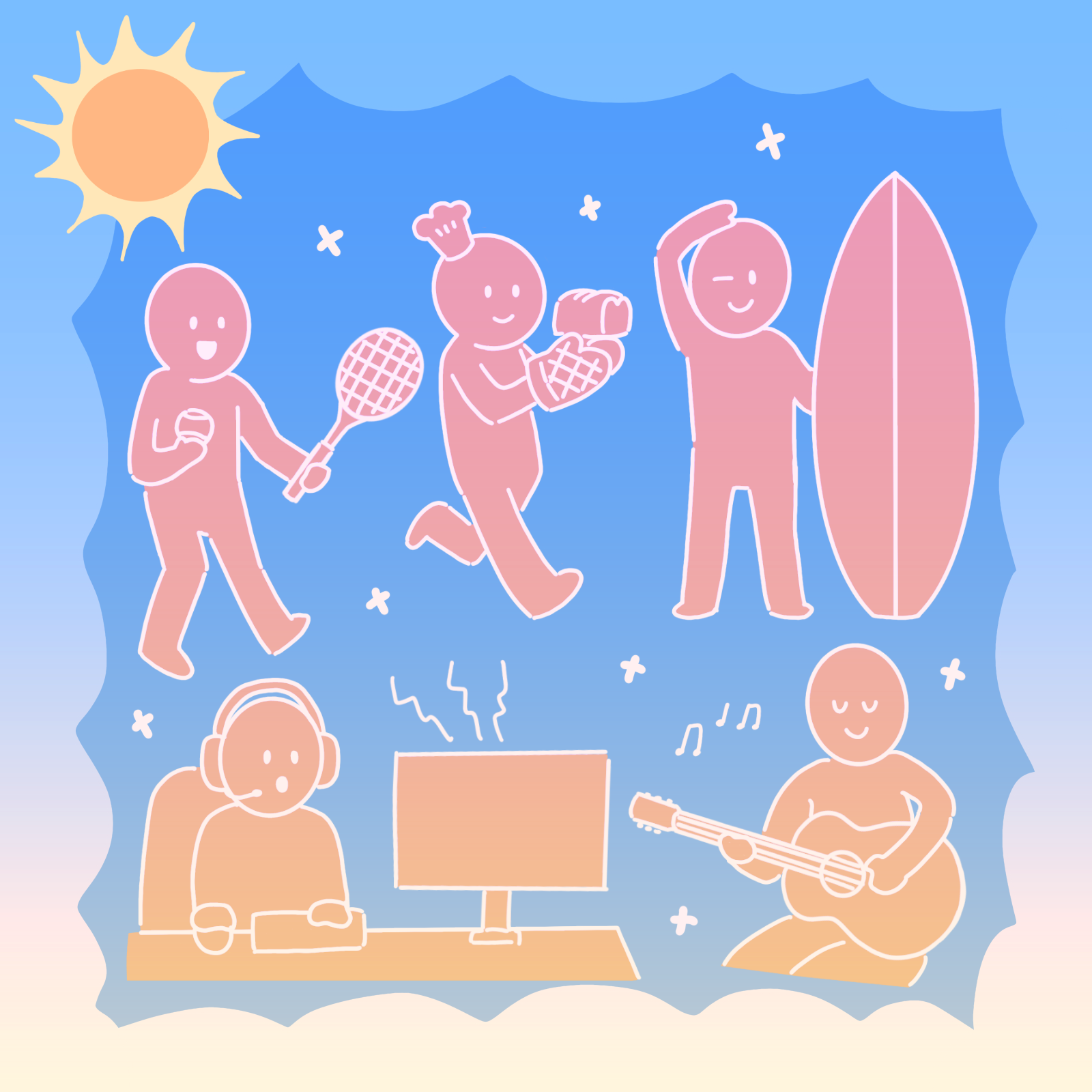 Between classes, jobs and extracurricular activities during the school year, many Bruins can’t get a break — or at least one long enough to pursue their hobbies. However, despite the commitments continuing through the summer, the calmer pace of the season has allowed many Bruins to take up new hobbies or continue old ones.

“I think during the summer it’s really nice to get away from the hustle and bustle of UCLA and how very go, go, go it is,” Ly said. “So I really like these activities because it slows down my life a bit and I can feel completely relaxed when every time I crochet or garden it’s something very peaceful for me.”

For Ly, her time off from work, along with the slower pace of summer, has allowed her to pursue fun crochet projects, like a Harry Styles-themed blanket.

In addition to serving as a fun pastime, hobbies provide a host of benefits ranging from general tranquility to improved mental stamina.

“I think we’ve learned, especially during COVID, when we have time off, when we want to change up our routines, picking up a new hobby can be especially beneficial,” Castel said.

According to the New York Times, chemicals such as endorphins, norepinephrine, and dopamine are released in the brain when individuals direct their attention to a hobby. This can lead to higher energy and focus levels that carry over to other aspects of life, such as work.

Some students find it can be difficult to balance their hobbies and workload during the school year.

“Reading isn’t a new hobby, but it’s definitely not one I would do during the school year, at least not consistently, just because there’s so much reading and general learning you do in the school year,” Durr said. “It feels like it’s overdone.”

However, amid an increase in free time during the summer, Durr said he started reading self-improvement novels such as “Atomic Habits” and “How to Win Friends and Influence People.”

Although Ly and Durr have found pleasure in crocheting and reading, they also hope to add exercise to their list of hobbies. According to the Centers for Disease Control and Prevention, exercise improves the cognitive ability of the brain. The CDC recommends at least 150 minutes or at least two and a half hours of exercise per week in order to reap these benefits.

Play a musical instrument is another activity that can boost the brain’s ability to plan and process information, even in old age.

According to a study by the University of Pennsylvania, playing an instrument can engage various parts of the brain, including the nervous and peripheral sensory systems.

Durr added that the summer is a great time to learn new hobbies, as the Bruins often have to juggle multiple responsibilities during the school year.

As the school year returns, students will likely have less time to pursue hobbies or experiment with new ones. But in order to continue to take advantage of summer leisure, Castel said taking small breaks to pursue a hobby can ease feelings of stress.

“You can try doing something for 10 or 15 minutes as a study break and then come back to it a few hours later,” Castel said. “Knitting, juggling, a musical instrument can be things that don’t always require a lot of time or traveling to new places.”

On the bright side, there is almost an endless amount of possibilities when it comes to potential hobbies that students can pursue.