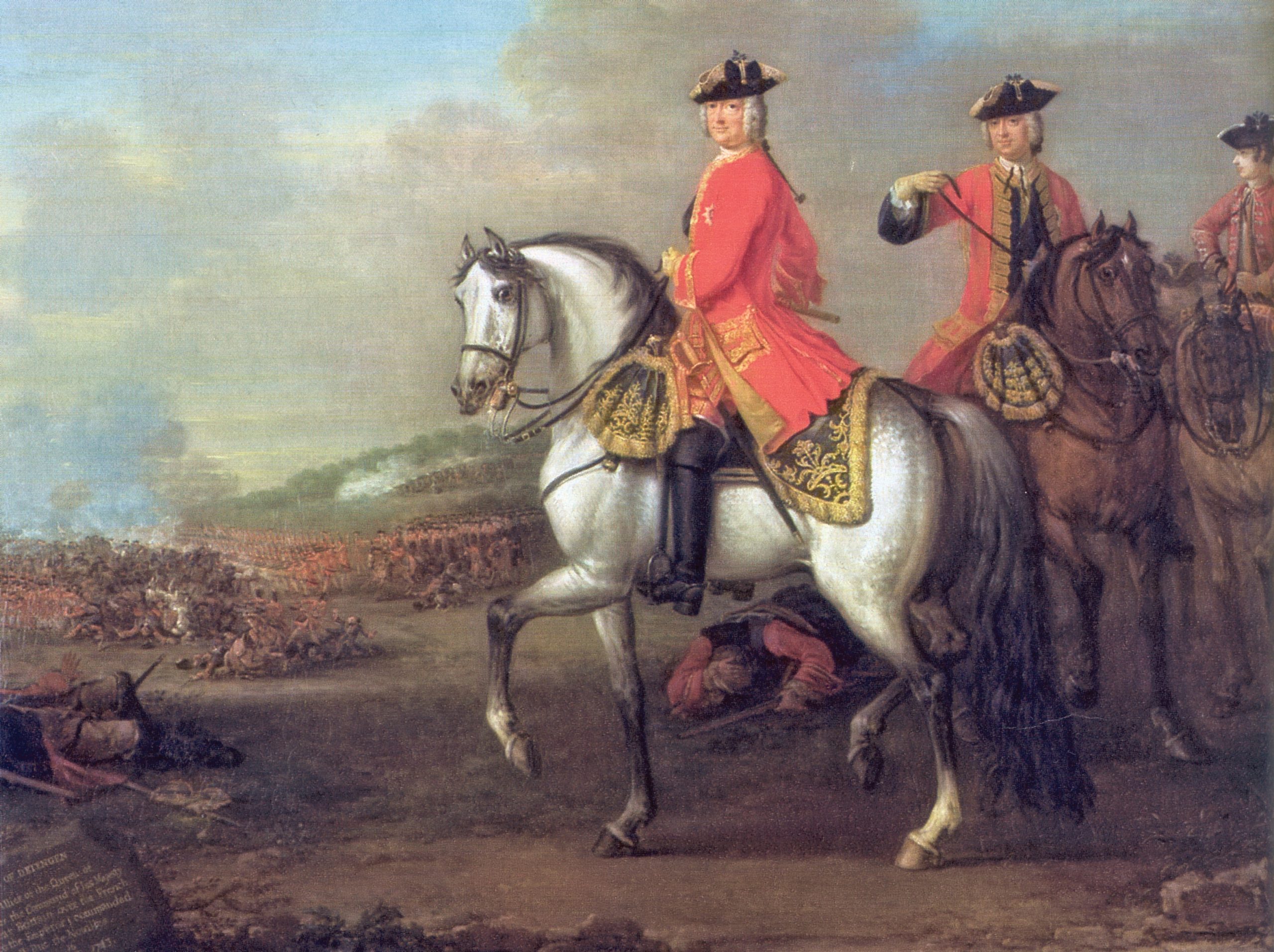 The second of the Hanoverian monarchs, King George II led an interesting life. He was certainly not afraid of a fight, be it France, the Jacobites or even his own father. He cared more about a good hunt than a good book, although he was well versed in foreign affairs. In his own way, he also helped pave the way for the American War of Independence that his grandson would wage across Britain. We’ve identified ten interesting facts about King George II and his legacy in the UK, from his wars to his hobbies (although some would say war *was* his hobby).

Last of his kind

Spy on your bride

George married Caroline in 1705, but not before visiting her Ansbach home in disguise to check on her first. George was immediately smitten with Caroline, and England’s envoy to Hanover, Edmund Poley, said he was so impressed ‘by her good character that he wouldn’t think of anyone else’. Needless to say George was so well known that Caroline was not fooled.

George II and his father, King George I, did not get along. Part of this can be explained by the fact that elder George married young George’s mother, Sophia Dorothea de Calle, simply for her land, began cheating on her, then divorced her and imprisoned her after having had his own connection. When George I returned to Hanover for several months, he left his son, now Prince of Wales, in London to rule in his place. Young Geroge proved far more popular with the people than his father (it helped that the son also spoke English) and George I immediately became jealous of the prince. George I banished the prince from St. James’s Palace after young George insulted the Duke of Newcastle. This effectively prevented George and Caroline from seeing their newborn son, George Frederick, although George I relented somewhat before the baby died three months later and allowed his son to visit.

Needless to say, Prince George was embittered by his father for the rest of George I’s reign. He became a staunch opponent of his father’s policies, and his home in Leicester Square often served as a meeting place for political opponents of George I, including Sir Robert Walpole, who would later become Britain’s first Prime Minister. For this reason, George I refused to appoint his son to act for him when he spent his summers in Hanover.

Walpole eventually persuaded the two Georges to reconcile in the name of unity, at least publicly. George II then attempted to sack Walpole believing the Prime Minister had tricked him into reconciliation in order to further Walpole’s own political ambitions.

Beginning of a tradition

Handle composed “Zadok the Priest” for the coronation of George II in 1727 and it has been performed at every coronation since.

Patron of the Arts

And speaking of Handel, George’s patronage of the composer was just one of the many contributions he made to the arts and education during his lifetime. Although not a great reader, George donated his library to the British Museum in 1757, four years after it was founded. He also founded Georg August University in Gottingen as well as two American universities: King’s College in New York (now Columbia University) and the College of New Jersey (now Princeton).

George II was very fond of the large white wigs that had become popular in the 18and Century and his love for them only increased their popularity. During his reign, large white wigs became a sign of wealth, and the larger the wig, the more wealth and importance the wearer sought to convey.

George II ended up having his own problems with his son Frederick. Frederick had been left behind to continue his studies with tutors when George left with his father for England. When Frederick was brought to England after George II became king, the young Prince of Wales also joined the political opposition. Much like his father, George II would not appoint his son as regent when he visited Hanover, instead giving the post to his wife. And also like the previous generation, father and son will not reconcile until one of them dies, even if it was Frederick who died at 44.