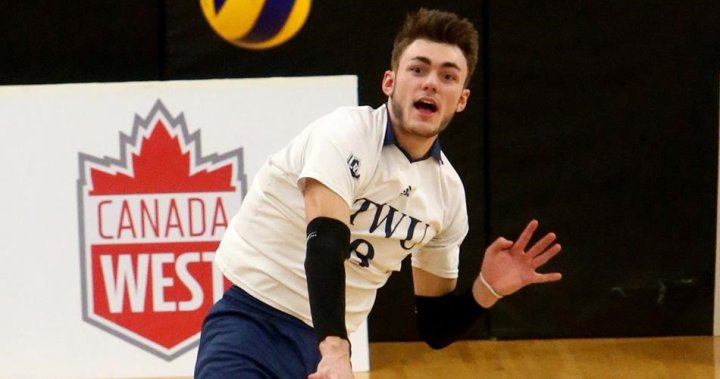 OTTAWA — When the COVID-19 pandemic forced Humber College to move everything online, Rrezart Sadiku’s final year on the men’s volleyball team suddenly came to a halt.

Sadiku decided to graduate a year later so he could play a full season with the team. Now, with Ontario’s recent restrictions on indoor sports facilities preventing student-athletes from training, the rest of Sadiku’s season is in limbo.

Sadiku is one of many student-athletes who, since Wednesday, can no longer practice their sport indoors in the province.

The Ontario government this week announced new restrictions related to COVID-19, which included a ban on indoor sports activities until January 27, with the exception of certain professional and “elite amateur” sports leagues. .

Among the seven elite amateur groups allowed to play indoors are the Canadian Hockey League, the Provincial Women’s Hockey League and the Ontario Scholastic Basketball Association.

Sadiku and his team have already encountered significant obstacles in training and playing their sport. Being a large group, he said, they were rarely approved to train indoors.

That meant many team members weren’t able to train to the level they wanted, leading to a loss of muscle mass, he said. “A lot of us haven’t touched a ball for a long time.”

Sadiku said he suffered lower body injuries, which could have been avoided if they had been able to practice.

The December break was meant to be a good time for the team to recuperate their bodies and “get full steam ahead into the season”, where they were set to play three games a week from January, he said. he declares.

The college track season was scheduled to begin Jan. 24.

Ontario University Athletics said in a statement that having their student-athletes not counted among those allowed to play in indoor facilities is a “disservice” to their abilities and efforts.

The organization said the “elite nature” of its members was consistently demonstrated, citing the fact that many current and former athletes competed in the Tokyo 2020 Olympics and went on to launch professional careers.

Gord Grace, president and CEO of Ontario University Athletics, said it was “very disappointing” to learn that playing indoors was not permitted.

Grace said that while it may look like a delay of just three days before the start of the season – from January 24 to January 27 – the ban on indoor training will push games back by several weeks.

“We had planned to train throughout the Christmas season until January, so that we could start playing immediately on January 24,” he said.

Now, student-athletes will not be able to return to training until January 27.

He said his organization was surprised because it lobbied to be allowed to return to play in the summer of 2021, and then met with members of Heritage Minister Lisa MacLeod’s office about it.

“We were told it would just be a short-term thing,” Grace said. “There you go, it’s here again that keeps us.”

A petition created by the Canadian Student-Athlete Association to allow both the OUA and OCAA to play indoors has garnered more than 2,200 signatures since its inception on Tuesday.

The Ryerson University women’s basketball team said in a statement on Tuesday that uncertainty over the status of varsity athletes in Ontario has heightened mental health issues and academic anxieties, and made it more difficult to retain talent. in college sports.

The Ontario government said in a statement it was doing everything possible to “blunt the transmission” of the Omicron variant COVID-19.

He said these measures will help prevent hospitals from being overwhelmed, and the decision to put them in place was based on advice from the Chief Medical Officer of Health.