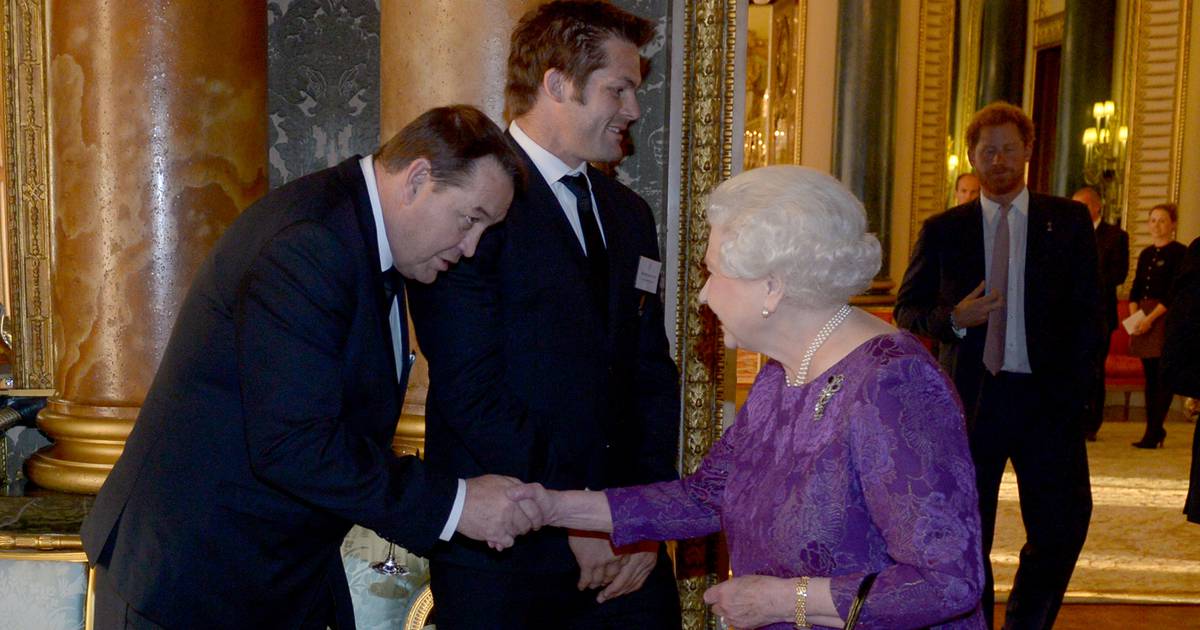 Former All Blacks manager Sir Steve Hansen has revealed a shared hobby he and Queen Elizabeth II were able to discuss on several occasions as he joined the rest of the world in remembering the late monarch.

Following the Queen’s death on Friday morning, Hansen spoke to 1News from his home in Japan after meeting Her Majesty on several occasions throughout his rugby career.

“I met her three times – twice at the palace and once at a reception for the World Cup in 2015,” recalls Hansen.

“[The meetings] were all earnest and proper and ceremonial, but when she arrived on the scene in the great hall, that was all gone and it was a relaxing time.”

During these meetings, Hansen said he and the team would be split into small groups and each would spend some time with the monarch as she moved around the room.

Despite the large number of people she greeted, Hansen said she was able to strike up some great conversations through personal questions.

“It was always wonderful to talk to her – she could talk about anything, but the surprising thing was that she did her homework on the things you were interested in.

“We had a common theme in horse racing so she would mention how the horses were doing and that sort of thing and even though it was a brief conversation it made you feel like she cared.

“She had a very good connection with her. She was just a wonderful human being.”

Hansen added that the All Blacks had a strong relationship with the Queen during her tenure and the team were always on their “best behaviour” around her – “pranksters” included.

“She had a thing for New Zealanders and I think the All Blacks were part of that,” he said.

“She was just a woman who cared about doing the right thing.”