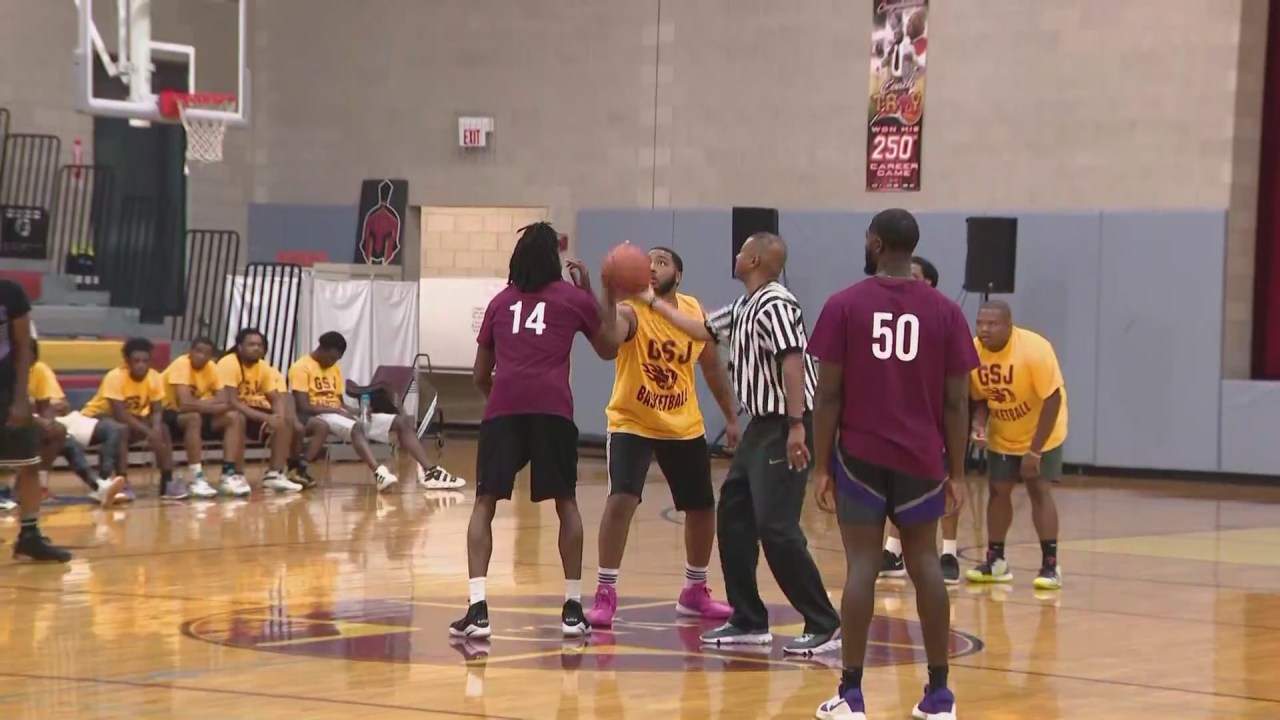 Pick up hobbies, not guns, message behind West Side community basketball game

CHICAGO — As Chicago faces another violent weekend, community leaders are using their skills on the basketball court to connect with young people, saying it’s just one way they’re working to reduce crime in the city.

Sunday afternoon’s “Stop the Violence” basketball game at Christ the King Jesuit College Prep was aimed at keeping young people off the streets. The game was played between leaders and members of various West Side churches and neighborhood residents.

Organizers say that by fighting on the ground, they are building brotherhood and unity with young men in the community, hoping to influence young people to pursue education, employment and ultimately stay out of trouble.

The basketball game comes amid another violent weekend in Chicago.

“You don’t see stuff like this every day,” Round said. “The more block parties there are, the more spaces we occupy, like local parks, the more we occupy those places with events like this, the less violence there will be.”