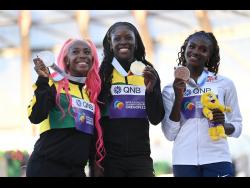 By Timothy L. WhiteAugust 5, 2022No Comments

Sixty years of Independence is an incredible milestone. It is both a privilege and a joy to serve as British High Commissioner as Jamaica celebrates such a special occasion.

Although a relatively small country, Jamaica’s global influence belies its small size. Your music, your cuisine, your cultural diversity and your sporting prowess are legendary and appreciated. Despite some challenges, Jamaicans have every reason to be proud of themselves as a nation. Your voice and your brand influence and inspire, especially in the UK, where your vibrant Jamaican diaspora acts as an amplifier.

The UK has been a long-standing partner of Jamaica in a wide range of sectors. Our engagement has reflected shared values ​​of transparency, integrity, democracy and inclusion. As in any relationship, we haven’t always agreed on everything, but we have always found common ground on the things that matter. Over the past decades, the UK has worked closely with Jamaica on development goals in the areas of education, community development, economic growth and debt relief, development private sector, police reform, combating stigma and discrimination, modernizing the public sector and strengthening governance. In recent years, we have increased our support in areas such as making hospitals and health centers more resistant to hurricanes; mobilize support to address the impact of climate change; fighting organized crime, corruption and violence – especially against women and girls; and financing irrigation systems for agricultural land. During the COVID-19 pandemic, Jamaica was a priority recipient of vaccines and personal protective equipment (PPE) from the UK. In addition to all of this, we have been privileged to benefit from productive and successful partnerships with a wide range of Jamaicans, from the public sector, private sector and civil society. Indeed, many have become friends.

This close cooperation also extends to the defense relationship between the UK and Jamaica – a historic bond which rests firmly on the foundations laid in 1962 – and which continues to grow and thrive. Over the past 60 years, the Jamaica Defense Force (JDF) has evolved into a modern force that works in partnership and on an equal footing with the armed forces of the United Kingdom. There have literally been hundreds of JDF officers and other ranks who have undergone training in the UK over the past two decades. This has included an impressive cohort of Chiefs of Defense – and similarly hundreds of British military personnel have undergone environmental training here in Jamaica, working in partnership with and trained by the Jamaica Defense Force. In this 60th anniversary year, the Coldstream Guards – the oldest regiment in the British Army – have returned to train in Jamaica alongside JDF personnel. The Royal Military Academy Sandhurst, an institution that has been training officers in the UK for over 200 years, has also supported Jamaica’s establishment of an initial officer training program, which will benefit the region under the leadership of Jamaica. In addition, this year alone, 14 JDF members will undertake or complete training in the UK. So whether training with the Royal Navy, British Army or Royal Air Force, the United Kingdom Defense Academy, humanitarian response or the training and development activities conducted here in Jamaica, the Jamaica Defense Force is a partner of the UK – no longer just supporting, but now supporting the UK Armed Forces. The UK is proud to have the JDF as a key partner, working together to promote the interests of safety, security and prosperity for all.

I am also very proud of the Chevening program and its growth. Chevening is the UK education program that selects some of Jamaica’s best for fully funded scholarships at UK universities for postgraduate study. The Chevening Jamaica Alum group is now nearly 300 since the initiative began. They are a great sounding board for me and my colleagues – and fun too! I encourage eligible Jamaicans to apply for a chance to advance their education and then use those skills for the further development of the country.

On a lighter note, since beginning my tenure as High Commissioner, I have had the chance to see and experience some of the best that Jamaica has to offer. I’ve seen breathtaking scenery and met wonderful people – but there’s so much more to see, experience and understand about Jamaica. As a sports fanatic, I have so enjoyed witnessing Jamaica’s recent sporting achievements on the world stage, especially among women. Just recently, the Reggae Girlz qualified for another Women’s World Cup. I was also delighted to see the Golden Girls – Shelly-Ann, Elaine and Shericka – wipe the slate clean in the women’s 100m final of the World Championships in Athletics, although Britain’s Dina Asher-Smith was at least podium in the 200m.

I am happy to say that the Commonwealth Games are now taking place in Birmingham and I expect to see Jamaica collect another treasure trove of medals. I wish all the athletes a great experience during the “friendly matches”.

I recognize that a lot has been said recently in the public domain about whether Jamaica should remain a kingdom or transition to a republic. The UK’s position remains that it is entirely up to the Jamaican government and people to decide. Regardless of the outcome of these deliberations, this enduring friendship will continue based on mutual respect and shared values.

My primary goal as High Commissioner is to continue to build a modern, productive and trust-based relationship between Jamaica and the UK.

So, in this 60th year of Jamaica’s independence, the UK reaffirms its commitment to working with Jamaicans to strengthen the relationship between our two countries and serve common interests.

Judith Slater is the British High Commissioner to Jamaica. Send your comments to [email protected]