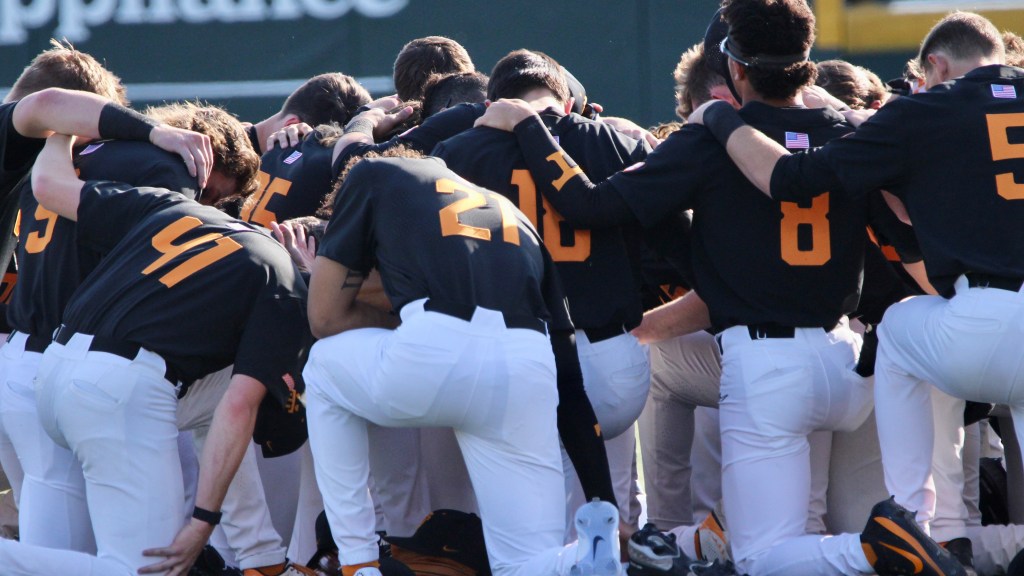 Interesting Facts About Every Tennessee Player

The Vols were eliminated by Notre Dame in Game 3 of the NCAA Knoxville Super Regional Tournament.

Tennessee won the Southeastern Conference East Division for the second consecutive season in 2022. The Vols won the SEC Regular Season Title and the SEC Tournament Championship in 2022.

The Vols have been ranked No. 1 in the USA TODAY Sports Baseball Coaches Poll for 10 consecutive weeks (March 28-May 30).

Below are some interesting facts, provided by UT, about every Tennessee player on the 2022 Vols roster.

Beam is an avid hunter and fisherman. He played quarterback for the Blackman High School football team.

Brasosky played ice hockey growing up and in high school.

Burns was born in Naples, Italy.

Ensley was born in Alaska.

Fanning is completely blind in his left eye.

Gilbert is active in the community, working with the Blizzard Foundation, operated by his club program, Minnesota Blizzard.

Joyce has a brother, her identical twin Zach.

Lipcius received his bachelor’s degree in aerospace engineering from Tickle College of Engineering in May 2021.

Lipscomb, a tri-sport athlete in high school in baseball, football and basketball, has already scored seven touchdowns in one game.

Meredith graduated from high school with a 4.0 GPA.

Miller owned his own landscaping business in high school.

Moore enjoys playing video games and is a big fan of country music.

Patterson’s parents both attended UT and were members of the Pride of the Southland Marching Band.

Russell received his bachelor’s degree in finance from Haslam College of Business in May 2021 and completed his master’s degree in agricultural leadership, education and communication in May 2022.

Scott was a high school teammate with fellow Tennessee signing Elijah Pleasants in 2018.

Sechrist became a left-handed pitcher after breaking his right arm when he was 2 years old.

Sewell graduated with her bachelor’s degree in Recreation and Sport Management in May 2022.

Steenstra’s father, Kennie, was a standout pitcher at Wichita State before being selected in the 12th round of the 1992 MLB Draft by the Chicago Cubs. His mother, Denise Brungardt-Steenstra, was a track and field athlete at Wichita State, earning NCAA Outdoor All-America honors in the heptathlon in 1993 and finished 15th at the U.S. Olympic Trials in the heptathlon in 1996.

Taylor visited every MLB stadium with his father.