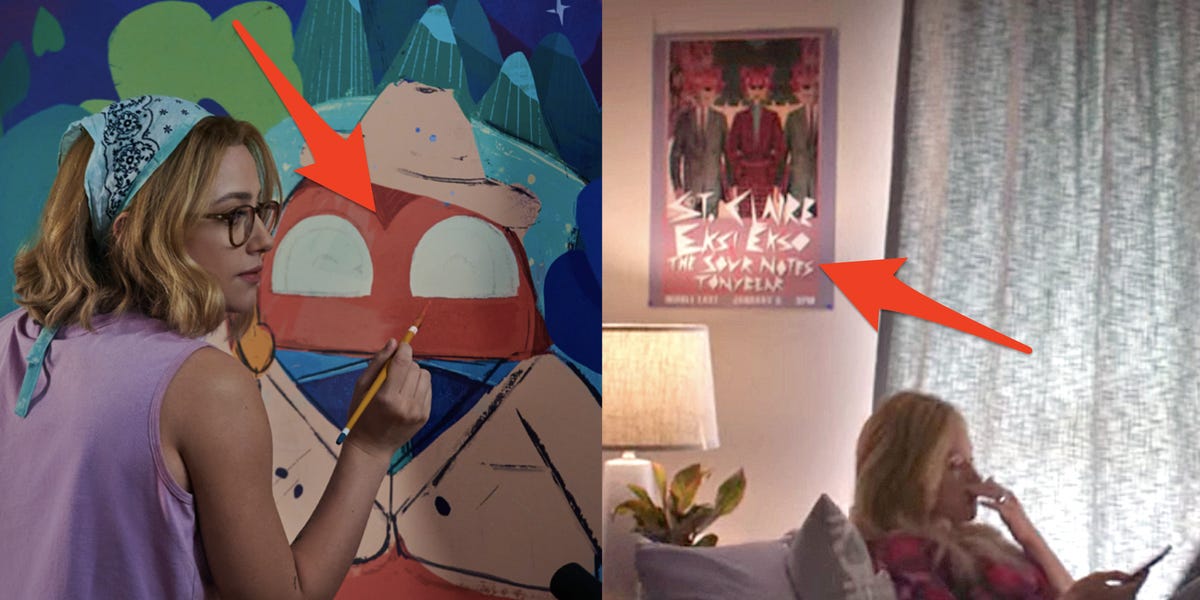 Interesting details you missed in the Netflix movie

Natalie’s inability to find a suitable job could be due to her poor research skills.

Natalie complains that she only finds unpaid positions when searching for animator jobs on Indeed.

But when her computer screen is visible, it shows that Natalie has researched all animation work within a 25-mile radius of Los Angeles.

It seems like it would be more helpful for her to use the filters to limit the search to paid full-time jobs if that’s what she’s looking for.

The bird Natalie draws for Cara is similar to the one she will animate later.

Before Cara’s first day on the job, Natalie gives her a card with a blue bird she drew on it.

Later in the film, a bluebird (in a different style) is the main character in his animated short.

Natalie is shown reading a recognizable parenting book during a pregnancy montage. The back cover is in the photo, which pretty clearly shows that it reads “What to expect when you’re pregnant”.

Natalie later insults the parenting books, saying she hates them and they suck.

Natalie draws an owl before Rosie is born.

When Natalie and Gabe are painting the nursery on New Years Eve before Rosie is born, Natalie draws a sketch of an owl on the wall.

But when Natalie later explains the origin of her character Night Owl, she says that she and Gabe called Rosie Night Owl when she was born and up all night.

The owl in the mural and Night Owl look alike, so she may have had the idea while still pregnant.

Gabe and Natalie constantly wear shirts that show their interests.

Gabe wears a band shirt in his very first scene and continues to do so throughout the film, including those of AC/DC and Mötley Crüe.

Natalie instead wears shirts with cartoons and other animated characters on them.

The movie Natalie praises is another Netflix movie.

While on a date with Jake, Natalie approaches a stand with products from “A Whisker Away”, which she says she likes. She even compares it to the cult animated film “Spirited Away”.

Like “Look Both Ways”, “A Whisker Away” is a Netflix movie.

Natalie is offered a popular California brand of coffee during her visit to Cara.

When Natalie wakes up at Cara’s house, she is asked if she wants Blue Bottle. But Natalie doesn’t know what that means until Cara’s roommate clarifies that it’s coffee.

Blue Bottle is a true coffee chain that started in California. It’s since expanded to a few other places, including Chicago and New York, but it makes sense that Natalie wouldn’t know about it since she’s from Texas.

Gabe’s defensiveness after his proposal to Miranda appears to be tied to Natalie’s earlier rejection.

When Gabe reveals he proposed to Miranda, he insists that he’s thought it through and has a plan.

When he proposed to Natalie earlier, her parents accused him of not thinking about it long enough.

Gabe seems to assume that Natalie will say the same about her proposal to Miranda.

Natalie has a poster in her room that mentions a real Austin-based band.

Natalie’s room at her parents’ house has a poster with names of bands, including St. Claire, Eksi Ekso, The Sour Notes and Tonybear.

The Sour Notes are a real band from Austin, Texas.

This particular poster appears to be from a 2011 show in Boston, which shows how long Natalie hasn’t lived with her parents and decorated her room for the last time.

At the start of the film, Gabe’s band plays a cover of Fun’s “We Are Young” at the graduation party.

Years later, in a bar near the South By Southwest festival, they play the same cover.

They aren’t actually shown playing original songs anywhere else in the film, and the band’s name is never mentioned. Even when Cara points to a bar sign and says Gabe’s band is playing, viewers only see the other side of the sign without the name.