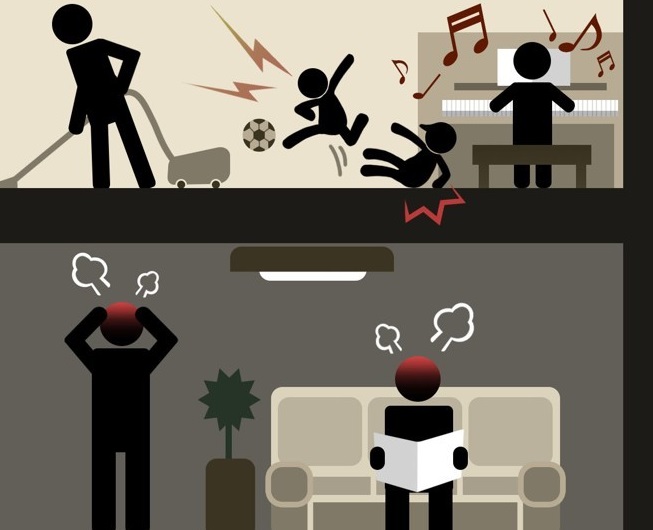 This illustration shows an example of an argument over noise between two families. (Yonhap)

The Citizens’ Coalition for Economic Justice (CCEJ) studied reports published by the Ministry of the Environment and reported that the number of noise complaints doubled from 26,257 cases in 2019 to 46,596 cases in 2021.

Noise complaints between apartments have been increasing every year since 2015, and the increase in indoor activities like working or studying from home in the pandemic era has accelerated the increase.

The civic group has called for the introduction of mandatory noise controls during the construction of new apartment buildings, tougher penal measures for exceeding apartment noise levels and Rahmen-type construction design .

The civic group stressed the need to inform residents about noise levels in apartment buildings.

“The Rahmen-type design inserts a separate frame between floors, widening the gap between floors. Although this may reduce apartment sales, vibrations from the ceiling are dispersed throughout the frame, minimizing noise,” said the CCEJ.