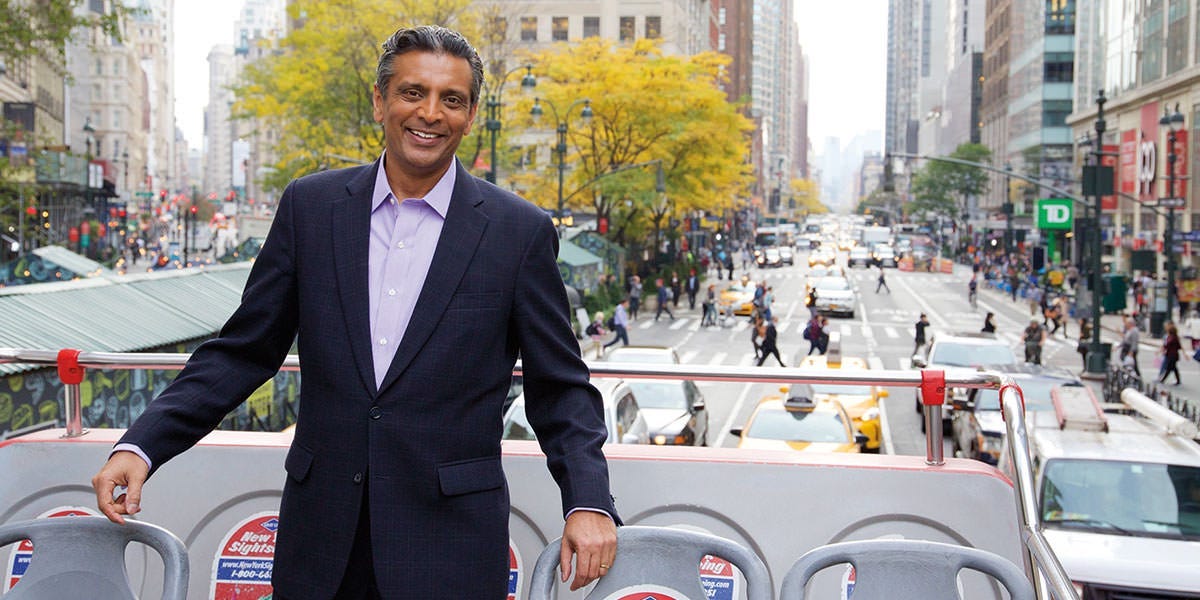 In his first month as CEO of FedEx, Raj Subramanian laid out his plans for the parcel giant, which after the pandemic’s initial boom has stalled under the weight of inefficient residential deliveries.

In its most recent quarter, FedEx saw some improvement, primarily due to fuel surcharges and other opportunities the company took to raise prices, as well as looking at more efficient operational strategies such as “Relay Stations,” which place more operational responsibility in the hands of thousands of FedEx delivery contractors.

But investors want more and there’s something new pressure from activist investor DE Shaw in the mix too.

Over the past week, FedEx executives outlined their plans to be more selective with customers and integrate Ground and Express logistics networks. The two moves have led analysts to call it a “new era” for the 50-year-old company, drawing a line between founder Fred Smith’s FedEx and the FedEx of the future.

And it turns out that the new FedEx looks a lot more like rival UPS than it did just a month ago.

In September, Chief Customer Officer Brie Carere told Insider that FedEx lags UPS in on-time performance as it accepts more packages and customers to serve a needy market. “If we weren’t growing, can you imagine the impact on the e-commerce market? What would be the alternative if we weren’t there for customers to accept their growth?” she says.

Today, the picture of demand is cloudy, even decreasing. FedEx’s on-time performance has improved with fewer packages to process and the plan has changed.

Going forward, it’s “return on volume growth,” Carere said Wednesday. This means spending less, “sweating the assets” and focusing on retaining its most profitable customers. It also means saying “no” to customers more often. Company executives used the term “earnings quality” 24 times during an earnings call on June 22, according to a Sentieo transcript.

The rhetoric echoed that of UPS CEO Carol Tomé, who has been spreading the gospel of “income quality” since taking office in 2020 with her “better, not bigger” strategy.

UBS analysts said they expect “a positive investor response” to FedEx’s change in direction, they wrote in a June 30 note. Others agree that the new plan is smart.

“FedEx needs to move away from a lot of this ugly, low weight, low income e-commerce business by charging a lot more, and it has already started,” Dean Maciuba, managing partner at Crossroads Parcel Consulting, who spent 35 years at FedEx, Insider said.

A primary goal of the focus on “revenue quality” is to boost long-depressed profit margins for FedEx’s largest service, FedEx Ground. The company has promised double-digit margins and has repeatedly pushed back its target for when that will happen.

On Wednesday, executives pledged to take the entire company to 10% operating margins by next fiscal year – with Ground up to 11-12% versus 8% operating margin in course of the last trimester.

The solution will have to go beyond pricing, executives said, and analysts agreed. And the changes to in-store operations represent a big shift for the company – one that industry watchers and analysts have been anticipating for years.

Unlike UPS, FedEx is made up of separate companies – Ground, Express, Freight, Office, etc. – all with separate management and operations.

On Wednesday in Memphis, Subramanian described how Ground and Express will gradually move to a more dynamic and collaborative model, in which freight will move on the vehicles that make the most operational sense, regardless of the service the customer has contracted with. The transition started small in 2020 and will now accelerate, Subramanian said.

The integration will cost $2 billion over five years, according to the CEO, and the company expects to save $2 billion annually once “Network 2.0” is complete. The resulting network will have 100 fewer sorting centers and eliminate enough truck miles to make multiple trips to Mars, said FedEx Ground CEO John Smith.

Leaders did not underestimate the magnitude of the change. FedEx Express and FedEx Ground have been separated for over 35 years. They have systems and software chosen without collaboration in mind.

“We have to do it very carefully,” Subramanian said, assuring investors the company wouldn’t disrupt the flow of packages in the process. Morgan Stanley analysts led by Ravi Shanker called the plan’s “execution risk” high in a June 30 note. And investors may have shown some hesitation as the stock fell after the investor meeting.

This decision will also add similarities between UPS and FedEx, since Big Brown has been a network from the start. But FedEx executives were keen to point out the differences between their two presentations.

No risk no reward

During Thursday’s earnings call, Carere laid out the key points of differentiation between FedEx and UPS. First, she noted that FedEx is set to consolidate trucking and delivery services for customers. UPS sold its trucking unit soon after Tomé arrived.

“We’re going to win with the bundle. We’re going to bring together our local, regional, national and intercontinental and global capabilities,” Carere said Wednesday.

She added that unlike UPS, FedEx delivers on Sundays — a move executives said would be a market differentiator but has so far held back efficiency.

And FedEx’s new competitive advantage is proof of delivery with photowhich the company says it will fully roll out to all services before the peak holiday season.

So far, the strategy of spending less and saying “no” has worked for UPS. The Atlanta-based company forecasts a consolidated adjusted operating margin of around 13.7% for 2022.

But if the two major carriers try to fight in the same game, they will encounter the same obstacles. In an economic downturn, it could become increasingly difficult to sustain the high prices the two have relied on for the past two years.

“UPS rode this wave well. However, at some point this wave must break,” Morgan Stanley analysts wrote after the company’s April 26 earnings call, in which CEO Carol Tomé said reported an unexpected drop in parcel volume to the tune of 500,000 parcels. per day.

FedEx executives insisted they would not compete on price in order to support “revenue quality.”

For the plans to work, both companies need to cut costs, or maintain them, and retain some of their price gains during the pandemic.

“I can’t commit to doing what we just did last year. It was pretty phenomenal. The team did an amazing job,” Carere said. “But yes, we will work very hard to stay above inflation.”