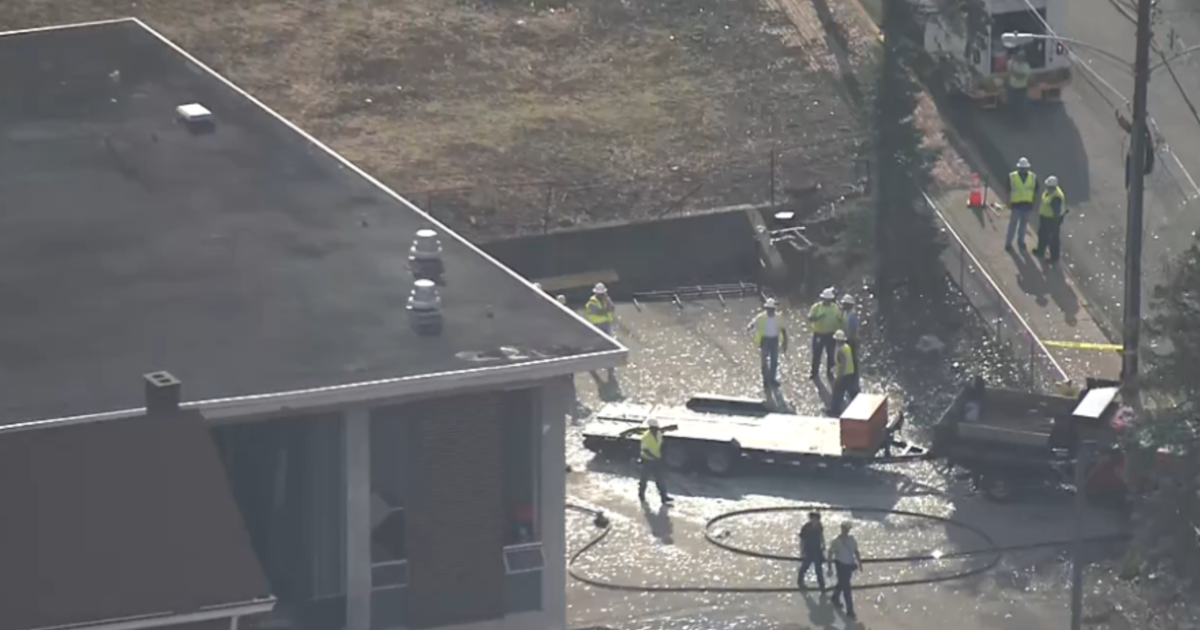 MCKEESPORT, Pa. (KDKA) — Two people were injured in an explosion at the former YWCA building in McKeesport on Tuesday morning.

The Common Ground Building on Ninth Avenue sustained significant damage after the explosion, which appears to have involved a gas line, a McKeesport spokesperson said.

The two injured people were setting up a handicap-accessible ramp around 9 a.m., McKeesport Mayor Michael Cherepko said. KDKA-TV learned that one person was working in a mini digger and the other was working on the ground when the explosion happened. Their condition has not been disclosed, but they are expected to be OK.

KDKA-TV learned that contractors and subcontractors failed to notify the Pennsylvania One Call System.

“I’ve spent the last 47 years of my life trying to stop this from happening, and it really hurts. It hurts a lot that people still don’t call 811 before they dig,” Bill said. Kiger, President and CEO of Pennsylvania One. Call system.

It is Pennsylvania law that anyone digging with power equipment must notify the Pennsylvania One Call System. The system helps determine the location of gas lines, power lines and utilities.

“The contractor that performed the excavation was KDC, a McKeesport LLC,” Kiger said. “They should have called before they dug. And we have no record of not just this one, but any call they might have made in the last five years.”

Engineers from the Pennsylvania Public Utilities Commission Safety Division and the Allegheny County Fire Marshal were at the site investigating Tuesday.

“The fire marshal was shaking even when he spoke to me this morning because he hadn’t seen that kind of injury,” Kiger said.

“After realizing everyone was safe, I thought about my business,” Rissa Shockley said.

Shockley is one such business owner. She had her paint and sip business, Paint at Your Own Risk, indoors for about a year. She started as a side hobby, then made it her full-time job about two years ago.

“I’m a single mom of five, and that’s what I feed my family on,” Shockley said.

Shockley has insurance, and the Launch Box program is working with her and the other businesses to get back on her feet.

“I try not to see this as a loss, but see if something bigger comes out of it,” Shockley said.

The Allegheny County Fire Marshal is still investigating the exact cause of the explosion. The building, which is expected to be a total loss, is the former YWCA of McKeesport and the former offices of Womansplace and the Center for Victims.

The Pennsylvania Public Utility Commission is the agency responsible for enforcing the state’s one-call system.

Chris is an award-winning journalist who started with KDKA in May 2019. He is thrilled to tell your stories in his hometown!