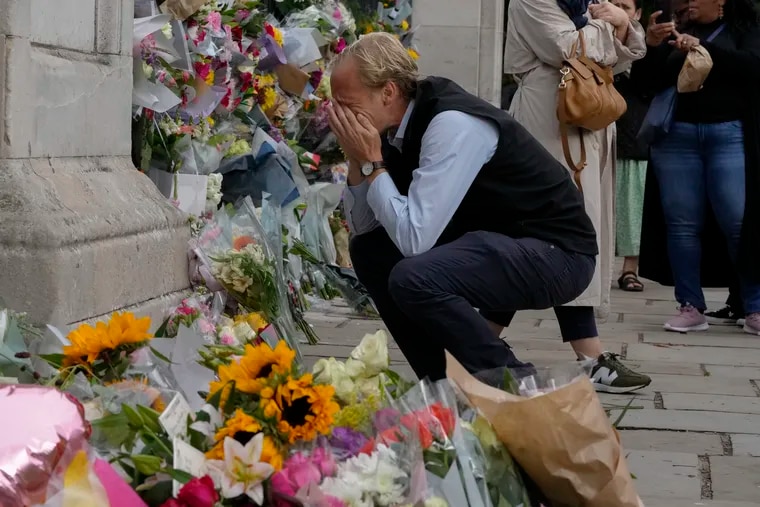 Thousands of people flocked to the gates of Buckingham Palace in London to mourn the death of Queen Elizabeth II, as the UK enters a 10-day period of mourning.

The display along the gates of the property resembles a wake – flowers and wreaths, candles and dark crowds.

It’s a familiar scene: a public figure or celebrity dies, and many feel a sense of grief.

The deaths of artists like John Lennon, Kurt Cobain, Prince and Michael Jackson have all led to similar outpourings of mass mourning. People have come together to shed real tears over someone they’ve probably never met. More recently, social media has given mourners another way to express their sense of loss.

“With celebrities and public figures, we almost feel like we relate to them,” said Darcy Walker Krause, former executive director of the Uplift Center for Grieving Children in Philadelphia. The relationship is one-sided, she acknowledges, but that doesn’t make it any less real. “We often feel like we know them, we know their families.”

When Kobe Bryant died, many people, especially in the Philadelphia area, wept. Some may have known him from his high school days in Lower Merion, when most just cheered him on.

The death of a public figure can evoke different emotions, memories and thoughts in people. Even though few people live a life similar to that of an NBA superstar, maybe you were the same age, share hobbies, have kids the same age, or look up to them as a role model.

Public figures often make cameos in our fondest memories – the musician who played that first date gig, or the royal wedding we remember watching with a family member.

All of these aspects of the one-sided relationship many have with celebrities can trigger heartbreak when they die.

READ MORE: Philadelphia mourns death of Kobe Bryant: ‘We lost another one of our own’

What is different about the death of a public figure is that the grief is also public. Seeing so many other people in mourning and hearing other people talk about it can exacerbate our own grief, Krause said.

Finding ways to engage with people who share your experiences can be helpful, Krause said. This sharing can be done on social media or at in-person events and vigils.

“Allow yourself to feel what you feel. It’s OK,” she said.

If grief over a celebrity’s death becomes overwhelming and persists, Krause recommends reaching out to a mental health professional. The deep sense of grief could be because the death of a public figure has awakened something else (like the grief of a loved one) and it’s worth understanding what’s behind the intensity emotion.

READ MORE: ‘It’s pain with love, side by side’: Philly opens memorial garden for overdose victims

Seeing people mourn a celebrity they never knew can be annoying for some, especially those who have recently lost a loved one.

If you find grieving a public figure’s discourse difficult or annoying, Krause recommends taking a step back. It could mean taking a break from social media or giving a friend space for a few days.

Alternatively, there are ways to support a friend who is feeling a sense of loss following the death of a celebrity. Above all, just listen – even if you don’t really understand.

“Try not to be judgmental,” she said. “Just be a sounding board.”