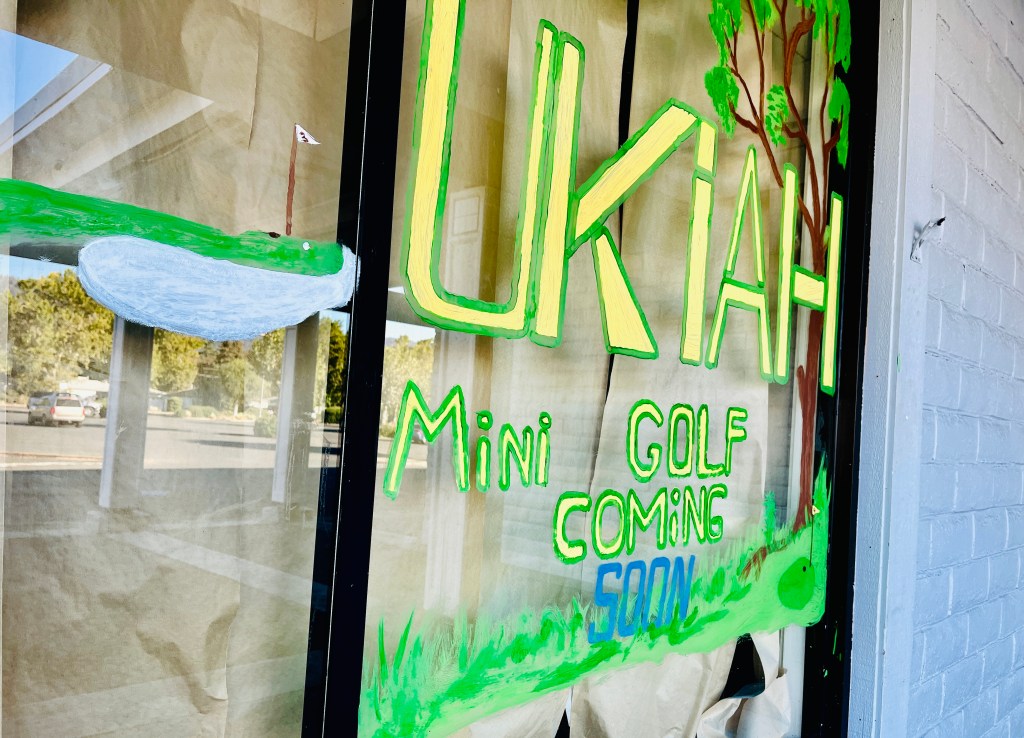 At the City of Ukiah Zoning Administrator’s last meeting this week, Director of Community Development Craig Schlatter approved a permit for an indoor mini-golf course to operate adjacent to CVS on South Orchard Avenue.

While the proposal was discussed in a public hearing on Monday, much of the conversation centered around Schlatter’s concerns about the company’s potential impact on the area, particularly in regards to parking and traffic if the route becomes popular.

“If we have a huge amount of customers, will the parking lot still be enough?” Schlatter asked, and planning manager Jesse Davis said the planning staff’s opinion was that the parking lot surrounding the venue at 125 S. Orchard Ave., which has about 440 spaces, would be adequate.

Davis noted that during two site visits, available parking was only “lightly used and approximately 75% of the lot was vacant.” Davis also noted that most of the golf course’s hours of operation would not conflict with other businesses, such as Redwood Credit Union and CVS.

The owner of the property where T-Up Ukiah is preparing to operate is listed as Shami Enterprise, LLC, and the plaintiff’s agent is listed as Essence Roberson, who spoke at the public hearing Monday.

“We really hope this becomes a major attraction,” Roberson said, referring to herself and her partner. “We poured our heart and soul into it, working tirelessly to convert what used to be a Sears warehouse where people used to deploy refrigerators out the back, or sort of step over, you know, whoever’s trash is gathering around there, in a place where grandparents and grandkids, people of all ages can come and enjoy an activity together.

“This storefront has been vacant for a while, and there are a lot of challenges with vacant storefronts,” Davis said, referring to the fact that the building has been vacant since Sears closed in August 2011. “When we have vacant storefronts here, there is a lot of decay that occurs, in part because this space is considered underutilized or appropriate for congregation and other activities.Therefore, this particular use request for this building is very appropriate, because it draws these people’s eyes back to the window.”

Davis also noted the strong need for both family and indoor activities, to relieve the heat and smoky air.

“After the North State Street bowling alley left, staff heard more and more about the need for commercial recreation or indoor activities not only for families, but also for people looking to escape growing numbers. days of excessive heat, as well as days that are poor air quality, which are also increasing,” he said.

Roberson said she’s heard this too, explaining that before she and her partner embarked on the project, they sent out a survey which “received over 1,000 overwhelming responses indicating it was of a necessary and desired activity”.

Schlatter approved the permit, but noted that he wanted to have the discussion regarding parking and traffic impacts during the hearing so that it would be on the record if the permit parameters were to be discussed later.