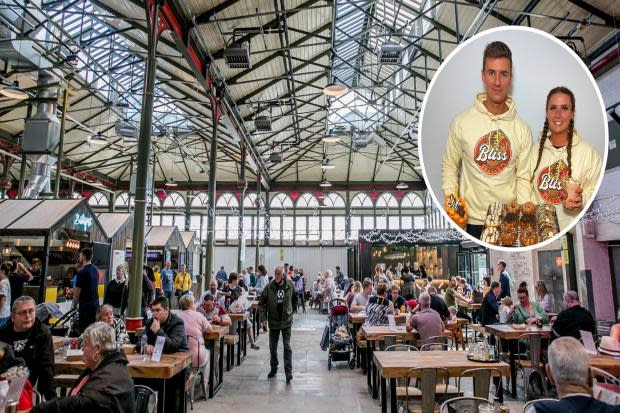 By Timothy L. WhiteSeptember 22, 2022No Comments

Two siblings have teamed up to bring an exciting new dessert and milkshake business to Darlington Market – after a hobby selling cupcakes at home proved the recipe for success.

Scheduled to open on Thursday, October 6, Bliss Desserts will bring to market milkshakes, smoothies and a delicious mix of traditional and innovative treats, including pancakes, freshly made and mouth-watering gelato-stuffed donuts and Hong Kong-inspired bubble waffles. .

Leading the last to arrive at Darlington Market is Yarm’s sister and brother Alexia Thompson, 26, and Jake Thompson, 28, with the decision to go into business together, spurred on by a baking hobby that became a runaway success.

Alexia said: “Initially I just wanted to bake cupcakes as I had always loved baking and posting pictures on social media.

“A couple of friends asked me if I would do it for them. I posted the pics, then more and more people asked, and it just got crazy.

“I started making cupcakes, then I got requests for cakes, then I learned how to make giant cookies. I always wanted to run my own business selling these kinds of items and after I talked to my brother, we just thought why not go there and get a place?”

Read more: The 15 Darlington Market traders who have closed or moved

Jake added: “A few months ago we decided to go into business together. She likes the baking side and I take care more of the business side. We will do a mix of traditional products and exciting innovative offerings such as ice cream stuffed donuts – all freshly made on site.

“We have separate strengths and we get along well and we never really argue. In addition to fantastic, exciting and fresh products, we also focus on excellent customer service and invest in our stand because we want it to really stand out.

The dessert sector is among the fastest growing within the food and beverage industry, representing billions worldwide.

And ambitious parents say they were drawn to Darlington Market, operated by Market Asset Management, because of its food hall and community atmosphere.

Jake, who will split his time between the market and his work as an electrical engineer, said: “We have been really impressed with the facilities and food hall and a second phase of development underway.”

This is an exciting time for the market which is currently going through its second phase of development.

The makeover will create new jobs and the works include a new Prohibition-themed basement bar, “The Vault”, offering great drinks, including beers and cocktails, and will benefit from laid-back entertainment in an environment sophisticated and comfortable.

The works are part of a successful plan by operators Market Asset Management Darlington Ltd. and Darlington Borough Council for the venue, home to stunning global cuisine and an independent retail offering, to grow as a dining, retail and live entertainment destination.

It follows the successful first phase of the redesign which opened to the public in August 2021.

He saw a third of the workshop transformed into a street food scene with independent food traders offering cuisine from around the world from purpose-built units and a large communal seating area.

There is also the Market Tap bar and an events stage.

MAM’s General Manager in Darlington, Michael Harvey, said: “Bliss Desserts is a fantastic addition to Darlington Market, which is a real community center and more than just a place where you buy and sell goods, but a place exciting and dynamic for shopping, eating and drinking.

“Bliss Desserts is one of two bright newcomers, and we will soon be unveiling a new tenant occupying the space occupied by Taste of Budapest and preparing for their launch in October.”