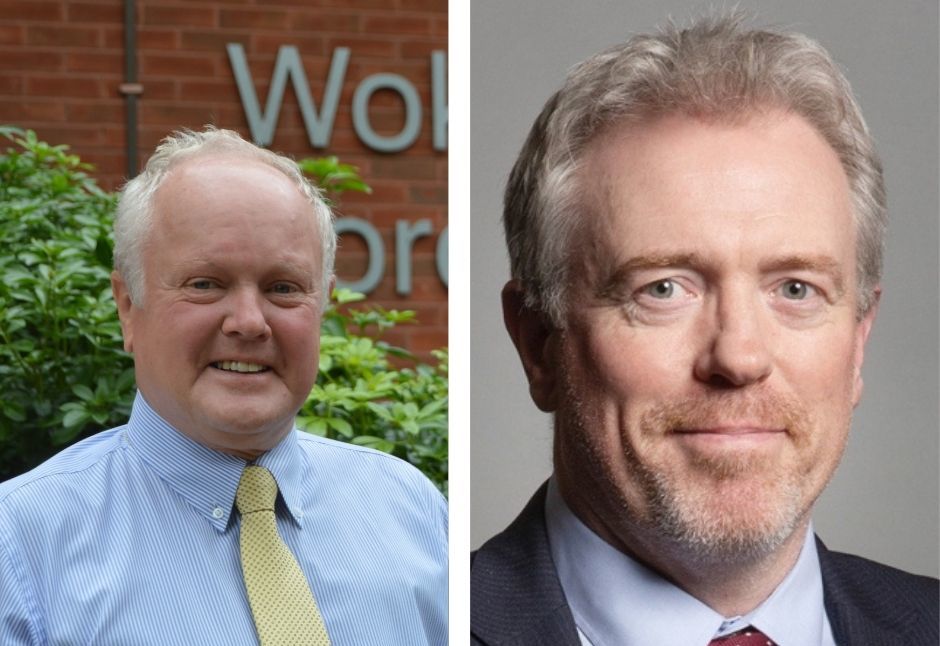 JAMES SUNDERLAND says he has found common ground with the new leader of Wokingham Borough Council in a bid to cut housing.

Cllr Clive Jones is meeting with the four borough MPs as part of his campaign to protect Wokingham’s remaining green space from development.

The MP for Bracknell, whose constituency includes parts of Crowthorne, Finchampstead and Wokingham Without, held the meeting shortly after a similar rally with Sir John Redwood. Cllr Jones will meet Theresa May and Matt Rodda in the coming weeks.

And he calls for a meeting with Michael Gove, the government minister for leveling up, to make his case heard.

“We can explain the real problems government policies are causing in places like the borough of Wokingham,” he said.

“It’s obvious to everyone who lives here that we don’t need a massive commercial housing development that destroys our countryside, clogs our roads and overburdens our schools and medical practices.

Following the meeting, Mr Sunderland said: “I appreciated the opportunity today to meet the new leader of Wokingham Borough Council and his team.

“We agreed on several issues and found that we had common ground to face the challenges ahead.

“My overriding interest as a local MP is to support my constituents and I’m confident the new administration in Wokingham will help me do just that.”

And Mr Sunderland also met Leader of the Opposition Cllr Pauline Jorgensen, to discuss the potential development of Rocks Nest in Finchampstead. It was listed in the updated local plan prepared by the previous administration and is currently being revised by the new one.

He said: “I appreciated the opportunity to meet Pauline, we had a productive meeting to discuss the issues facing my constituents.”

And Cllr Jorgensen said: ‘During our discussion, we both agreed that it is vitally important to save Rooks Nest Farm from development, as the Tories had always been.

“The Liberal Democrat-led coalition administration must commit to keeping Rooks Nest Farm off any local plans.”

“We have made it clear that the Lib Dems should either put Rooks Nest Farm in a local plan because they have promised to take down so many other sites or they will drag their feet on the plan and cause speculative development there.

“I sincerely hope the Lib Dems prove us wrong. The residents of Finchampstead deserve better than to see the coalition break their promises.”