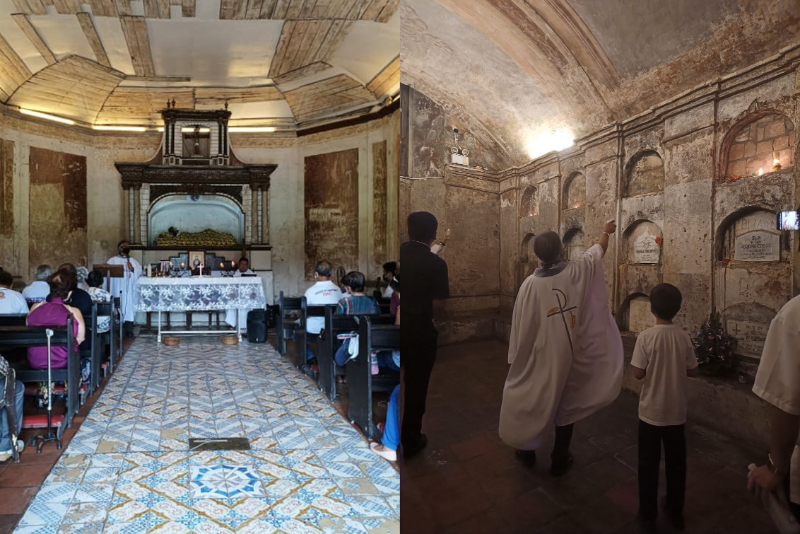 By Timothy L. WhiteNovember 2, 2022No Comments

From RIPs to memories of loved ones, a museum in Laguna has cataloged common inscriptions written on headstones in a historic cemetery.

In a post from October 31, the Nagcarlan Underground Cemetery in Nagcarlan, Laguna offered this information to potential tourists amid the Undas or commemoration of the dead in the Philippines.

“Whenever you visit a cemetery, do you take the time to read the epitaphs on the headstones? Is there a message that stood out to you? the post reads.

It also accompanied some pictures of tombstones with epitaphs.

The cemetery’s Facebook page first provided a definition of an epitaph, citing the Merriam-Webster dictionary.

The online dictionary defined epitaph as “an inscription on or on a grave or tomb in memory of one who is buried there”.

It is also “a brief statement commemorating or embodying a deceased person or something past.

The Nagcarlan Underground Cemetery page also describes this written text as a form of “memorial” for the deceased.

“A memorial, this inscription is often a short, sweet phrase of honor, love and respect by the living to their deceased loved one, and usually includes a brief recording of the deceased,” he said.

These include in particular the following:

As the name suggests, the Nagcarlan Underground Cemetery is an ancient underground crypt that was built in Laguna in 1845 under the auspices of the Franciscan Fr. Vicente Velloc.

According to the NHCP website, the site was used to bury the city’s elite during the Spanish occupation.

“During the revolution against Spain and the war against the United States, the underground cemetery was used as a meeting place for Filipino revolutionaries. Likewise, the cemetery served as a hiding place for guerrillas resisting the Japanese occupation during World War II”, the web page bed.

The museum was therefore created to highlight its heritage.