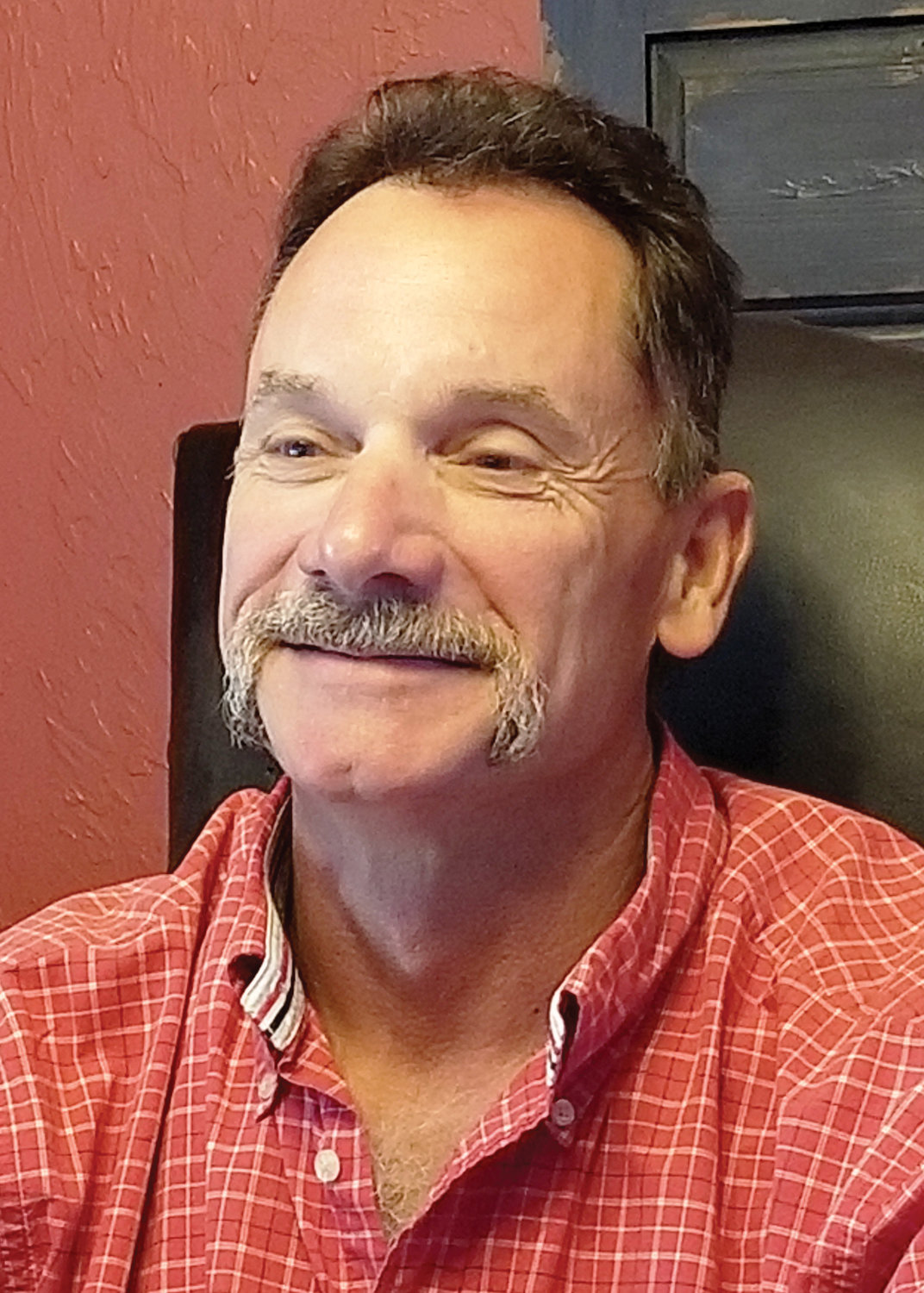 Auctioneer Richard Branch tells people he retired when he was just 43.

But it really depends on how you define retirement.

“I meet people and get closer to them,” he said. “I picked up hundreds of friends and help people with their problems.”

There are many regular customers

“They’re all friends, so I work with friends,” he said.

And it’s also a family business.

His wife, Stephanie, is the cashier. His “civilian” job is director of Growing Oaks Federal Credit Union in Goldsby. A daughter, Haley, a sophomore in marketing at Oklahoma State University, is the clerk. And his son, Josie, is an auctioneer when his schedule as a game warden in Payne County permits.

The only family member who is not active in the business is his daughter Kassi, who runs a social work business under contract with the Department of Social Services.

Forty three years. It was also when Richard reduced his Angus cow-calf operation to a herd of 26 horses, gave up any lingering hopes of teaching professional farming at Purcell schools and began auctioning full time.

“You don’t really get rich as an auctioneer,” he said, “but it’s a nice, fulfilling way of life.”

A lifestyle that allows him to indulge his fascination with the Wild West and “everything to do with it”.

“The American West is its own little ecosystem,” he said.

And in the 19th century, owning a gun was not an afterthought.

“If you had a gun in the West, you must live another day. You could eat and feed your family. You could protect yourself and your family,” he said. “I wish they (the guns of the time) could talk.”

Richard grew up in Lindsay and graduated from Lindsay High School.

Throughout high school and college, Richard worked for Tommy Owen, a local rancher. After high school, he attended Murray State College in Tishomingo for two years.

Then he transferred to OSU, where he earned a degree in agricultural education.

His first job after college was a vo-ag professor at Yale. He stayed there for seven years before returning home.

“I always knew I wanted to move to the Goldsby/Washington/Purcell area,” he said, adding that he thought the vo-ag position at Purcell High School would surely be open.

In 1993, he attended an 11-day auction school in Kansas City, Missouri, where he learned to “sing.”

This is what auctioneers call their distinctive spiel.

As the new auctioneer, he sold “everything from an oil rig to a box of rocks”.

“I cut my teeth in real estate auctions,” he said.

He is a broker and sells real estate through his auction company.

In 2000, he and Stephanie moved to his auction lot at the intersection of State Highways 74 and 74B. A few years ago they moved into a new house southeast of there.

“This is my home,” Richard said of the area.

Really, he’ll auction anything a customer wants on the block and that includes everything from classic cars to glassware to gold and silver coins.

He once auctioned off over 2,000 smoking pipes. Another time he was called in to liquidate inventory for a golf store that had closed.

In 2011, he noticed that no one in Oklahoma was selling guns at auction.

“I went that way,” he explained, adding that he held a federal Class 1 firearms license.

The rest, as they say, is history.

“Now I mainly auction real estate and firearms,” he said.

An auction, he said, is the “best way to determine fair market value.”

Richard hosts online auctions every two months and averages half a dozen live auctions per month.

It is currently booked until December.

At the time, he was selling 200 guns a month in his auctions.

The number now far exceeds that. Moreover, it sells thousands of cartridges.

Richard said the most unusual firearm he had auctioned was a 19th century Egyptian musket. It was, in his opinion, an extremely ugly and cumbersome firearm.

The most expensive was a Vietnam-era fully automatic Colt M-16 A2 that fetched $21,500.

Asked about his favorite rifle, Richard replied, “Any Winchester.”

And his favorite gun? The Colt Dragoon, which Samuel Colt made for the Texas Rangers. The big gun was in production for about three years in the mid-1800s.

His auction program takes him all over Oklahoma except for the Northeast.

He was often the voice of the pie auction at the McClain County Free Fair and took the mic to help out the Purcell Hope Center south of Goldsby. He has also helped school organizations and the Heart of Oklahoma Chamber of Commerce.

When not auctioning, Richard is active at Goldsby Baptist Church, where he taught Sunday School to adults for 18 years.

He recently returned from a 10-day mission trip to the Philippines.

Richard’s home office reflects his love of the Wild West and his skill as a bow hunter.

Dominating the room is the massive mounted head of a bull bison.

No, he didn’t get it with his bow. It was strictly his negotiating skills that put him on this wall.

Richard was arranging to sell several items for a customer when he spotted the bison head.

He offered to reduce his commission in exchange for the coin.

“I don’t think I can do that,” the man replied.

He relented when Richard offered him a commission price almost double the going rate.