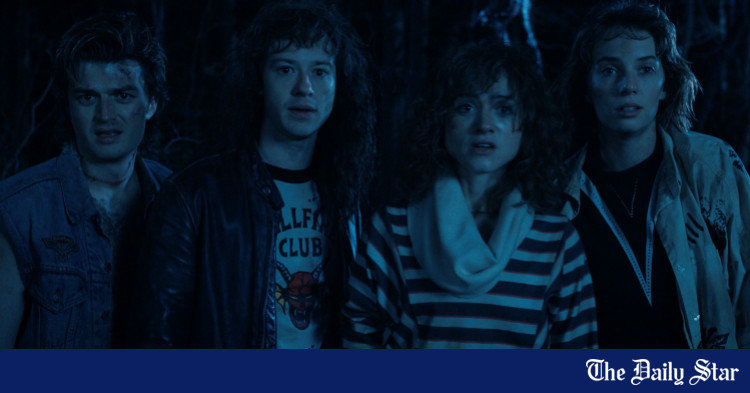 Stranger Things Season 4 Volume 1 ended with quite a few unanswered questions. Why was time frozen in Upside Down until November 6, 1983? What is the real connection between Will and the Mind Flayer? What is the meaning of grandfather clock for Vecna?

All of these unanswered questions have led fans to develop their own theories to keep busy until Volume 2 is released.

Here are five of the wildest fan theories from Stranger Things Volume 1 Season 4.

In one of the scenes from Volume 1, Mrs. Kelly appears to be wearing a necklace containing a clock with a key. The famous grandfather clock appearing to all kills also appears to have a keyhole connecting the two together.

One mystery that remains is how does Vecna ​​know about the traumatic past of all Hawkins residents? Coincidentally, three of Vecna’s victims spoke to the counselor. Perhaps Vecna ​​learns of the victims’ traumatic past through her connection to Mrs. Kelly.

The Mind Flayer is an alternate version of Will

Will Byers has been awfully quiet throughout Volume 1 and it feels more like a calm before the storm for this character. There is speculation that the Upside Down is in fact specific to Will as time appears to be frozen there on the very date Will first disappeared. Even the Upside Down monsters coincidentally all parallel D&D monsters, Will’s favorite game.

It’s possible that time doesn’t exist at all in the Upside Down, and that it originated in Will’s mind. When Will was taken there, an alternate version of him was created who transformed into the Mind Flayer, similar to how Victor Creel transformed into Vecna.

Ten will save the day alongside El

Who could be number 10, you ask? Well, people think it’s Eddie Munson himself. In one episode he mentions that he rocked a cut buzz for a while and if you put pictures of him next to 10 it doesn’t sound that crazy of a theory.

In the D&D game in Season 4 Episode 1, the Hellfire club gang must roll a 20 to win the game against Vecna. At first, Dustin rolls an 11 and misses which might indicate that El alone couldn’t save the day this time around. Considering all the parallels between D&D and the Upside Down, it’s a real possibility.

Jonathan is going to die

Jonathan’s character throughout Volume 1 was disappointing, to say the least. So it makes sense for this character to say goodbye to us trying to save his brother from the Mind Flayer. The writers also once again teased a budding romance between Steve and Nancy. Perhaps after Jonathan’s death a grieving Nancy will find solace in Steve and by then Steve has also had enough character development to be the person Nancy could love.