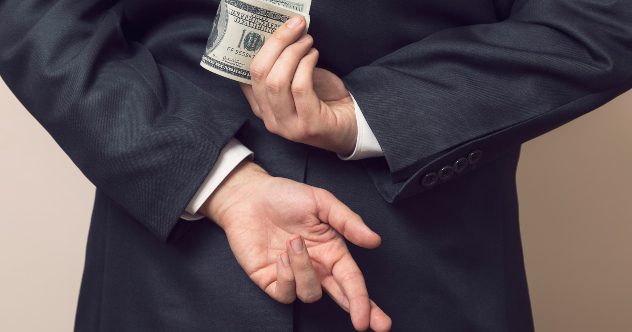 10 Nonprofit Leaders Who Stole Their Organization

Some people will tell you that robbing a bank is a victimless crime, as long as you don’t hurt someone while doing it. The money is insured, so the only loser is the bank, and the banks have a lot of money. Of course, the bank passes on the cost of insuring the money to its customers, so it’s not quite “free money”. Yet successful, nonviolent bank robbers are part of American culture and are admired by many.

I don’t think anyone would ever say the same about people stealing from nonprofits. These people abuse their position, take money that donors have donated in good faith, and deprive people or organizations that should benefit from the donated funds.

Nonprofits rely on goodwill and enjoy various privileges; unfortunately, they are sometimes secretive and unprofessional when it comes to due diligence. Most charities are legitimate, but before parting with your money, you should research the charity you want to donate to so you don’t line the wrong people’s pockets.

Here are ten nonprofit leaders who stole from their organizations.

In July 1996, a judge sentenced Frank L. Williams, 55, to 15 months in prison, followed by three years probation. The sentence was lenient because Williams suffered from a heart condition. Williams was also told he had to pay back the money he stole from the American Parkinson’s Disease Association.

Prior to his sentencing, the charity had good reason to be pleased with Williams’ performance at its helm. His dynamic leadership has resulted in a significant expansion and increase in donations. But some of the money went into his own pocket.

Williams’ plan was not particularly sophisticated. He diverted checks from Staten Island headquarters to the Minnesota branch headquarters. There, an accomplice would pay the checks to a local bank account and then write new checks to Williams. The scheme lasted about seven years and he pocketed around $1 million. Williams’ excuse for the theft was that other heads of comparable charities earned twice as much; he was already earning almost $110,000 a year.

Williams said it was hard to stop once he started and spent the money on things like cars, TVs and clothes.

William Aramony wanted to show his new girlfriend a good time. He bought her an apartment in New York, took her on vacation abroad and gave her a job at the charity he ran. Aramony may have felt the need to groom her new lover because he was 59 and she was only 17 when they started their relationship. But that’s not even the most inappropriate thing he’s done.

Aramony was a noted womanizer who used his position as CEO of United Way of America to persuade women to have sex with him. He had worked for the charity for 22 years when he resigned in 1992. Apparently he was an effective and respected leader with considerable influence in the nonprofit sector.

In 1995, Aramony and two others were taken to court, accused of stealing $1.2 million. His attorney said Aramony suffered from a brain condition that affected his ability to control his impulses.

In the 1990s, in Santa Clara County, California, at ten Goodwill stores, employees sorted donated goods and loaded them onto trucks. But employees should have gone through donations and put all the appropriate items up for sale in their stores. Instead, they worked long hours, seven days a week, for the benefit of a profitable scam. The scammers paid the workers with occasional “unofficial” payments from the profits of the stolen goods.

Seven local Goodwill leaders had organized a scheme that stole millions of dollars in cash and donated goods. The seven managers were related to each other – four of them were sisters. An eighth unrelated suspect killed himself after authorities raided his home. The team stole about $15 million.

There is no reason to suspect that people at the top of the organization were involved, but people wondered how they hadn’t noticed something was wrong.

seven on your feet

Everything seemed above board, but, for at least ten years, all was not as it seemed to this charity. Geraldine and Clayton Hill started a Californian nonprofit to help people in need. The Hills convinced many local businesses to donate clothing and other goods to On Your Feet, and some things did indeed end up with those who could best use the items.

Unfortunately, many did not as many of the donations were diverted by the Hills, who sold items to discount stores and pocketed the proceeds. Their charity was tax exempt, and they used it as a personal checking account and avoided paying taxes on their “business”.

The couple made over $1 million by trading on corporate goodwill. Geraldine received a 15 month sentence; her husband received nine months when they appeared in court in 2020.

Nothing illustrates their hypocrisy better than the fact that they donated part of the profits to their church.

6 Order of the Eastern Star

The Order of the Eastern Star is a Masonic institution whose origins date back to 1850 in Mississippi. But it was in Scotland, not the United States, that one of its leaders went off the rails.

Mary Shirkie was the Acting Treasurer of the Supreme Grand Council of Scotland and she betrayed the trust of its members. She was the only person to receive a salary at the Order’s headquarters in Glasgow. The salary was not high; the Order uses its revenues to pay annuities to members and to make donations to the charities it supports. But Eastern Star in Scotland did not give much and did not pay annuities.

Shirkie’s neighbors thought she must have won a cash prize and kept quiet about it. It was true that she had more money than people expected, but it wasn’t her money. In five years, she had embezzled about $26,000 (in today’s money). It may not seem like much, but the Order does not generate cash. Its income comes from membership fees and expenses and disbursements.

The listener was a member of the local and had no suspicions. In fact, no one believed Shirkie would do such a thing. In 2000, when the authorities caught up with her, she offered to return the money. During this time, the Order had no money to pay its tax debts, let alone its regular operating expenses.

First, it’s important to point out that the Wounded Warrior Project seems to be back on track and dedicated to helping veterans, but that wasn’t always the case.

A 2016 survey showed that the leaders of the association spent a fortune on hobbies and events. One employee described his spending habits as “total excess.”

Other charities that work with veterans spent (and spend) more than 90% of their income on the causes they support: mental, physical, and financial aid to veterans. The rest of their income is spent on unavoidable expenses. However, The Wounded Warrior Project only spent around 60% on their cause. The rest went to junkets that had nothing to do with fundraising.

There’s no suggestion that DiCaprio personally profits from his environmental charity — he hardly needs the money after all. But, in 2016, the United States Department of Justice filed a complaint that his charity was part of a Malaysia-based $3 billion embezzlement scandal. Jho Low was named as a prominent figure in the scam and Jho Low was a personal friend of DiCaprio.

The main problem was that DiCaprio’s foundation was completely opaque. The foundation claimed to have raised some $45 million in 2016, but it’s unclear where the money came from and where it went. It was also unclear exactly how the charity was linked to questionable practices in Malaysia. Records showed the charity had just six staff, all working without pay.

There was perhaps nothing unfortunate about the operation. However, all charities should be open about their activities.

In 1989, John Bennett Jr. established the Foundation for New Era Philanthropy (or New Era, for short).

New Era’s idea was simple: a non-profit organization would deposit funds with New Era for a set period of time. On the due date, the charity would get back its original money and the same amount an anonymous donor contributed. Double the money. Great!

But Bennett paid early donors from funds deposited by later investors; there were no anonymous donors. Yeah, in other words, a Ponzi scheme. This practice lasted for more than five years.

Roger Chapin has had a long career in charity. He started more than 30 organizations that have worked in a variety of fields, from cancer to helping veterans. But there are suggestions that the main beneficiary of his efforts was Chapin himself.

The House Committee on Oversight and Government looked into its activities in 2007 and again in 2008 due to “financial inefficiency” in two of its projects. The Coalition to Salute America’s Heroes and Help Hospitalized Veterans has been excellent at raising funds – nearly $170 million between 2004 and 2006. However, only 25% of the money has reached veterans. The rest went to salaries for Chapin and his buddies and expenses.

He retired from Help Hospitalized Veterans in 2009, and even though authorities pointed out inefficiencies, he still contributed nearly $2 million to the charity’s funds as payment. of retirement.

What Chapin did was not illegal, but it was unethical, to say the least.

This is a great place to recognize the work that charitywatch.org does in monitoring the behavior of nonprofit organizations. This group labeled Feed the Children under the chairmanship of Larry Jones, “The Most Outrageous Charity in America”.

Jones led the charity for nearly 30 years until the board forced him to resign in 2009. He filed a wrongful dismissal claim, but the board proved a series of breaches including the misuse of funds, unauthorized pay raises for Jones and his wife, and more. After.

Jones ran Feed the Children for three decades as a private fiefdom. Now that he’s gone, the charity is back to doing what it should be doing.